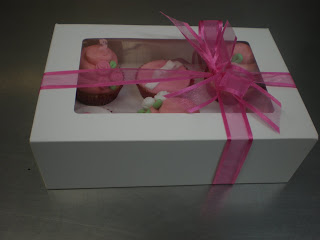 I have been searching for the ultimate buttercream frosting.

Like an ancient hunter-gatherer, I rummaged through piles of cookbooks (I have several hundred), trawled through pages and pages of the web, left queries on notice boards, and googled 'til I was goggled eyed. I found so many, but which one was 'IT'.
A smooth mouth feel, none of the grittiness of undissolved icing sugar, able to hold up to a warm day without melting, good piping consistency, can be smoothed without cracking, hold a piped shape without being hard to bite through, gluten and dairy free, and most importantly, TASTE GOOD!

I finally came across this likely seeming recipe and with a few minor changes, it seemed to fit the bill.This is the new bit, it's cooked. I got the point, by cooking off the milk and cornflour it was lovely and thick and smooth, also stabilized. Much less likely to have a melt down. Creaming the fat and icing sugar gave the requisite fluffiness and lightened the mix. But did it taste good?..........YES!!!

Definitely yes! Not as fatty in the mouth as pure buttery frosting, and not as sweet because the ratio of sugar is down, which I see as an improvement. So still not low-fat, but really, that's not what I'm going for and anyway ,who cares?
I trialled the recipe and was impressed, but what about for those who thought frosting meant 'Betty Crocker'? Would it be foolproof enough?

My good friend Pony and I held a cupcake class last week and taught a mixture of frosted and fondant techniques, using this butter cream and all went well. I used a number 17 Loyal tip for the swirlies to get that lovely generous spiral. Don't think I'm just all about cupcakes, but they are cute, retro, yummy, and fashionable and help to pay the bills! 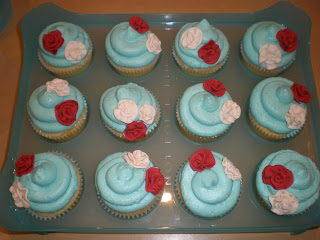 I've also used the buttercream on large birthday cakes. I generally pipe it between the layers and around the edges, then over the top last. I had a slight mishap with one of them, so pulled some of the buttercream out of the freezer, stuck it in the microwave for 30 secs, then whipped it briefly with my hand mixer, piped it over the boo-boo and smoothed it back down. It took seconds to set and you couldn't notice the patch at all.

So far I have beaten, frozen, microwaved, and left this frosting in the fridge for a couple of weeks and it still tasted good at every stage. I think it may be indestructible....... 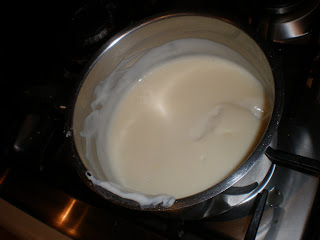 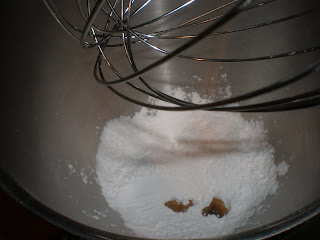 1.Heat milk and cornflour on stove and whisk until mixture has thickened
2. Let cool
3. Cream sugar and fat until light and fluffy and colour has changed
4. Add milk mixture and vanilla and whip until it has the same consistency of stiffly whipped cream.
5. Taste - for quality control, of course!

Add colourings slowly during whipping, adjusting slowly as the colour will change as the air is incorporated.It doesn't go white, rather yellowy due to the colour of the fat. This will set quickly to nice and firm piping consistancy and then to set place in the fridge. 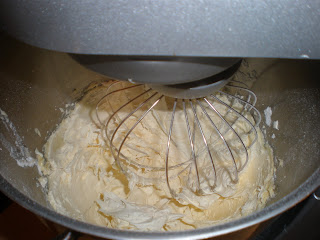 I have added passionfruit, melted chocolate, and other types of flavour bases into this frosting and have always had fantastic results. I'm actually having second thoughts about this post! Not because I'm selfish of course, but this is how I earn my (gluten free) bread and butter. But because it's you reader, I will pass it on and hope it brings you as much success as it has to me. 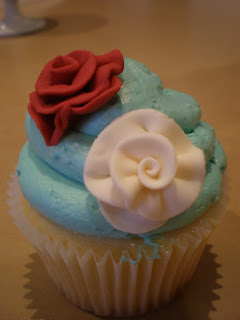