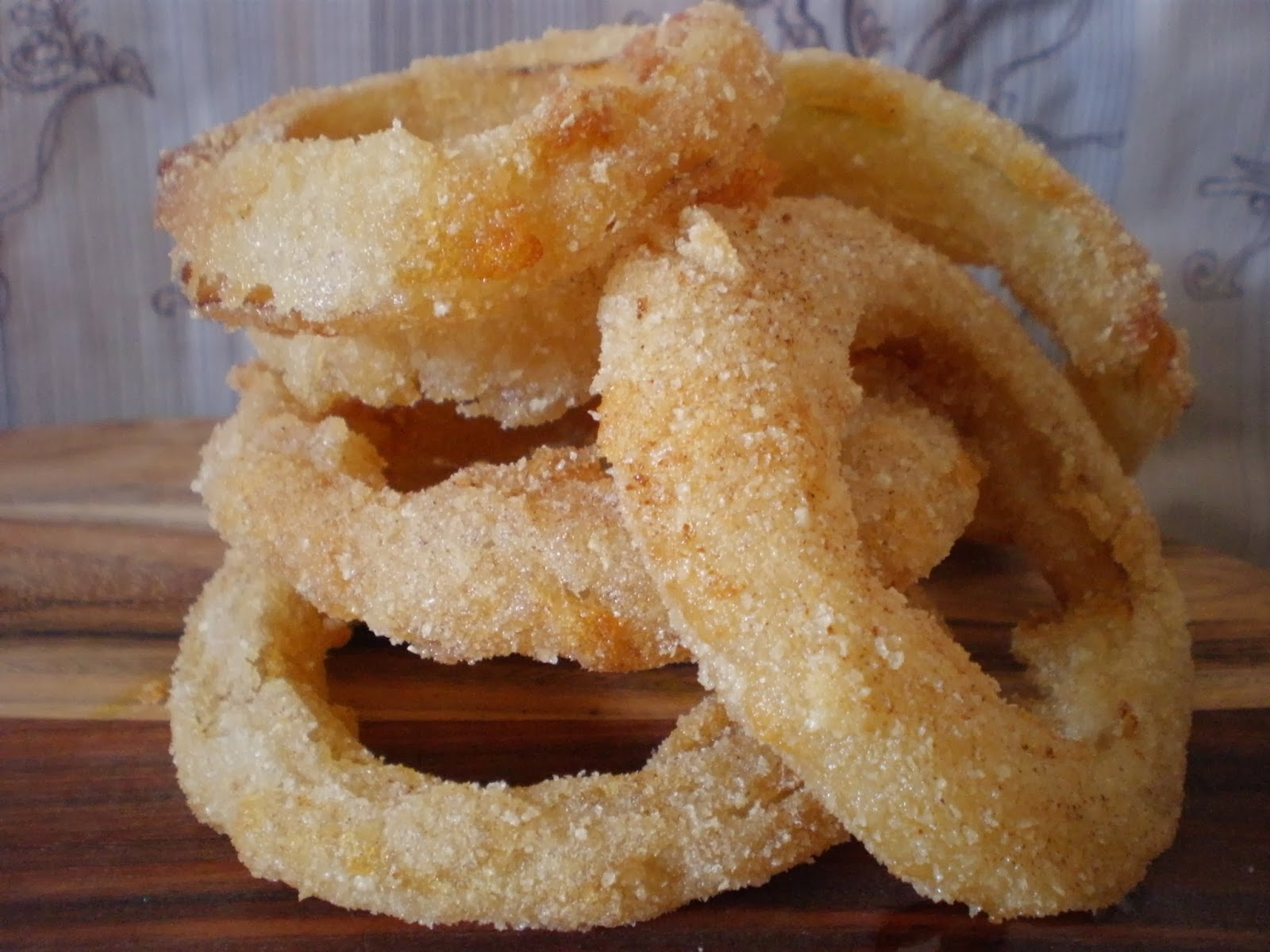 An onion is indeed a wonderful thing!


One of the original work horses of the kitchen, they are invaluable in most dishes and nearly every cuisine world wide. They have been around for thousands of years and according to Wikipedia, were even worshiped by the ancient Egyptians as they thought that the spherical shape and the concentric rings symbolized eternal life. Roman gladiators were rubbed down with onions to firm up their muscles and in the Middle Ages people would use onions to pay rent, relieve headaches, make poultices, encourage male members and facilitate bowel movements- who knew how very versatile these little babies were?

As exciting as all that is, there's just one problem....    I hate raw onions

By raw I mean Not Cooked- and that extends to clumsy chunks of onion that have been mixed into rissoles or meatloaf and not allowed the time to cook through, or pretty red rings in salads for a bit of acidity, and cubes stuck sadly on kebabs charred on the outside and crunchy on the inside. It's not the flavour I mind though, it's the acidity. Raw onions give me terrible indigestion and repeat on me miserably for hours, so I tend to use nice green Spring Onions instead for freshness and traditional brown ones for slow cooking
Luckily for me, this is the time of year when Salad Onions are readily available. These are just Spring Onions that have been allowed to develop a little more into an immature bulb, and are really very sweet with very little acidity at all. I still can't eat them raw, but I can fudge it a little and have them just lightly cooked instead of terribly soft and limp 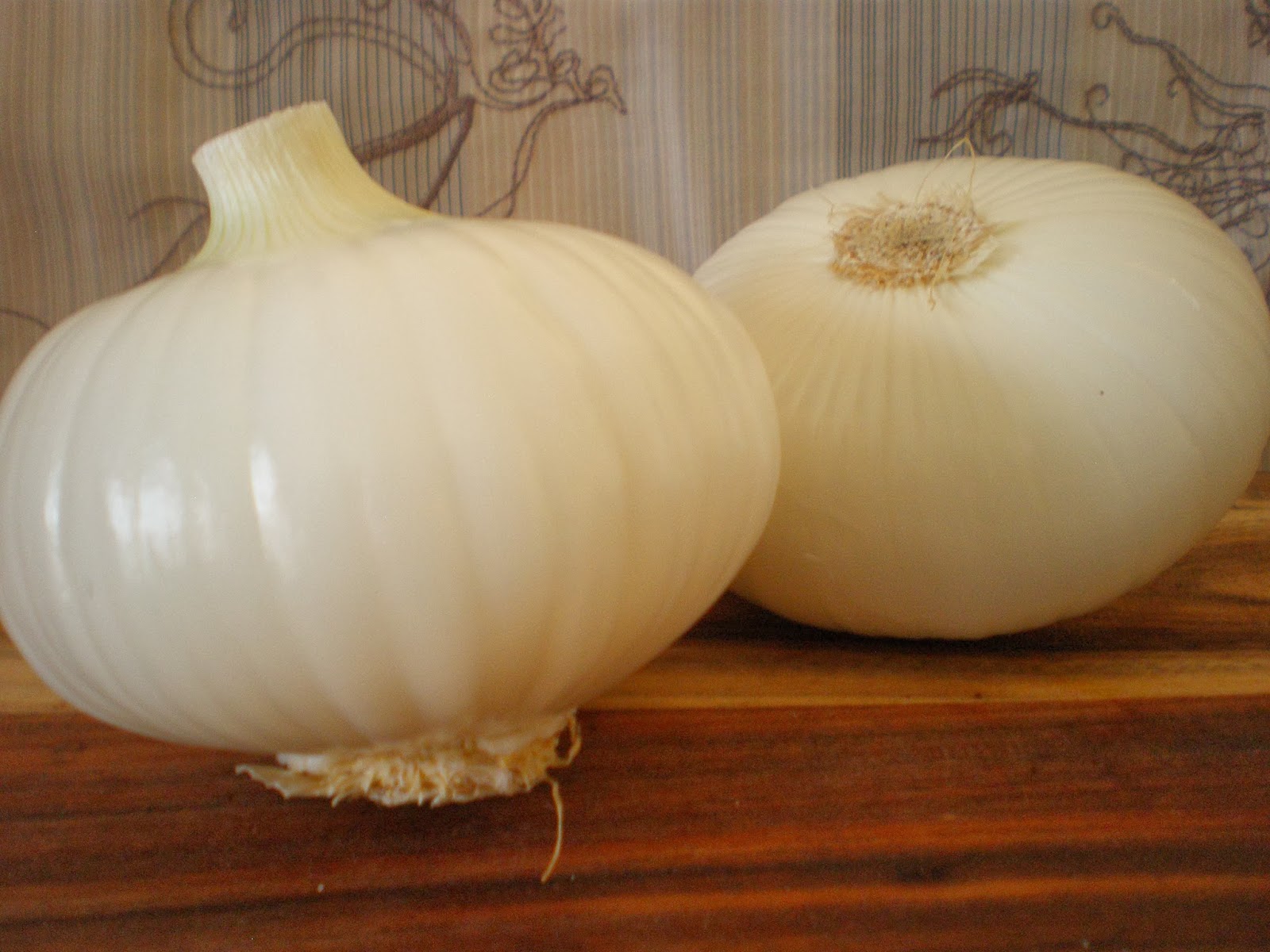 Cut the onions into nice, big, thick rings- about a centimetre wide 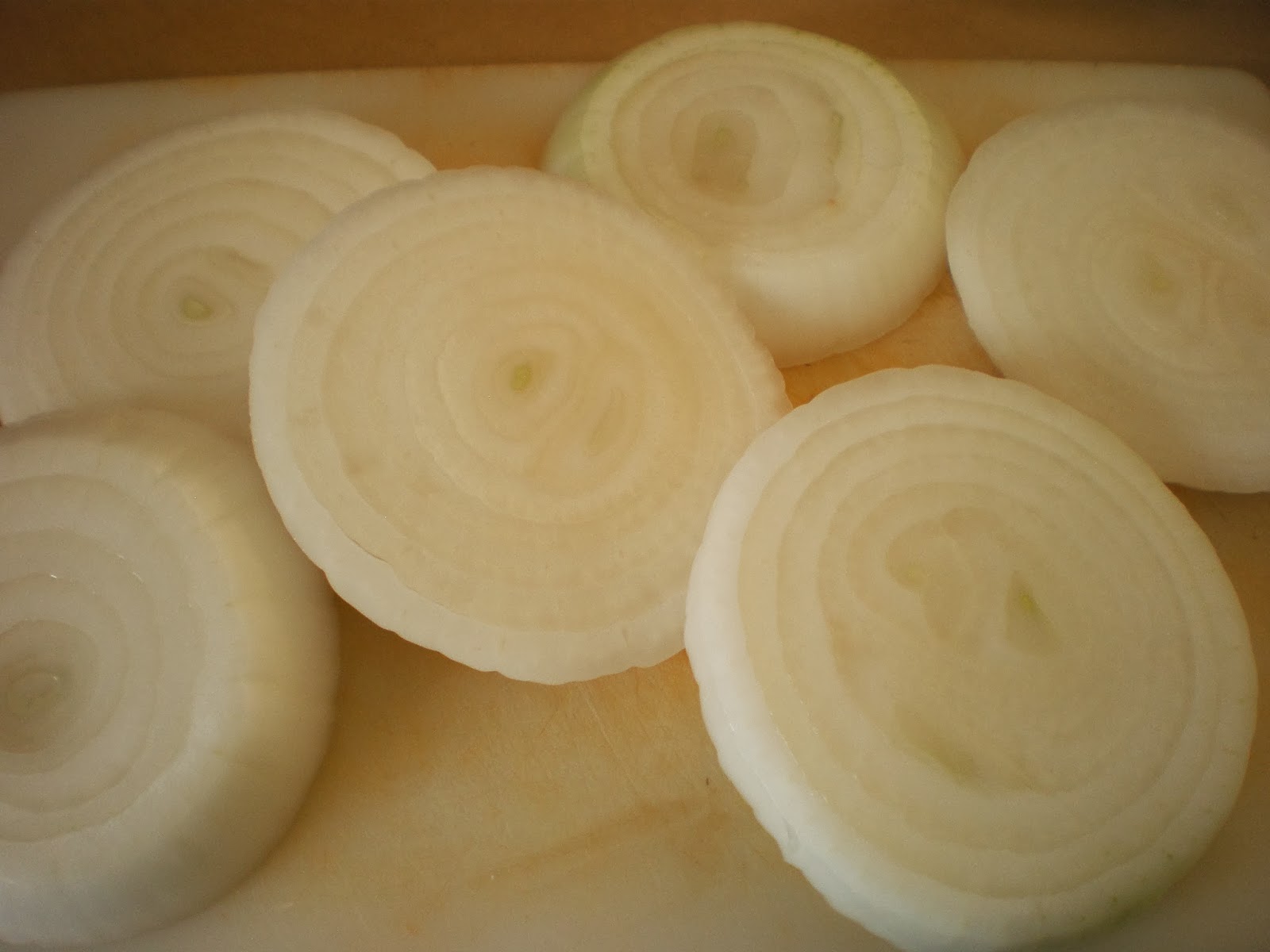 If they're too thin they'll cook before the batter does and be stringy and tough. We're aiming for soft and sweet on the inside, with crisp and crunchy on the outside 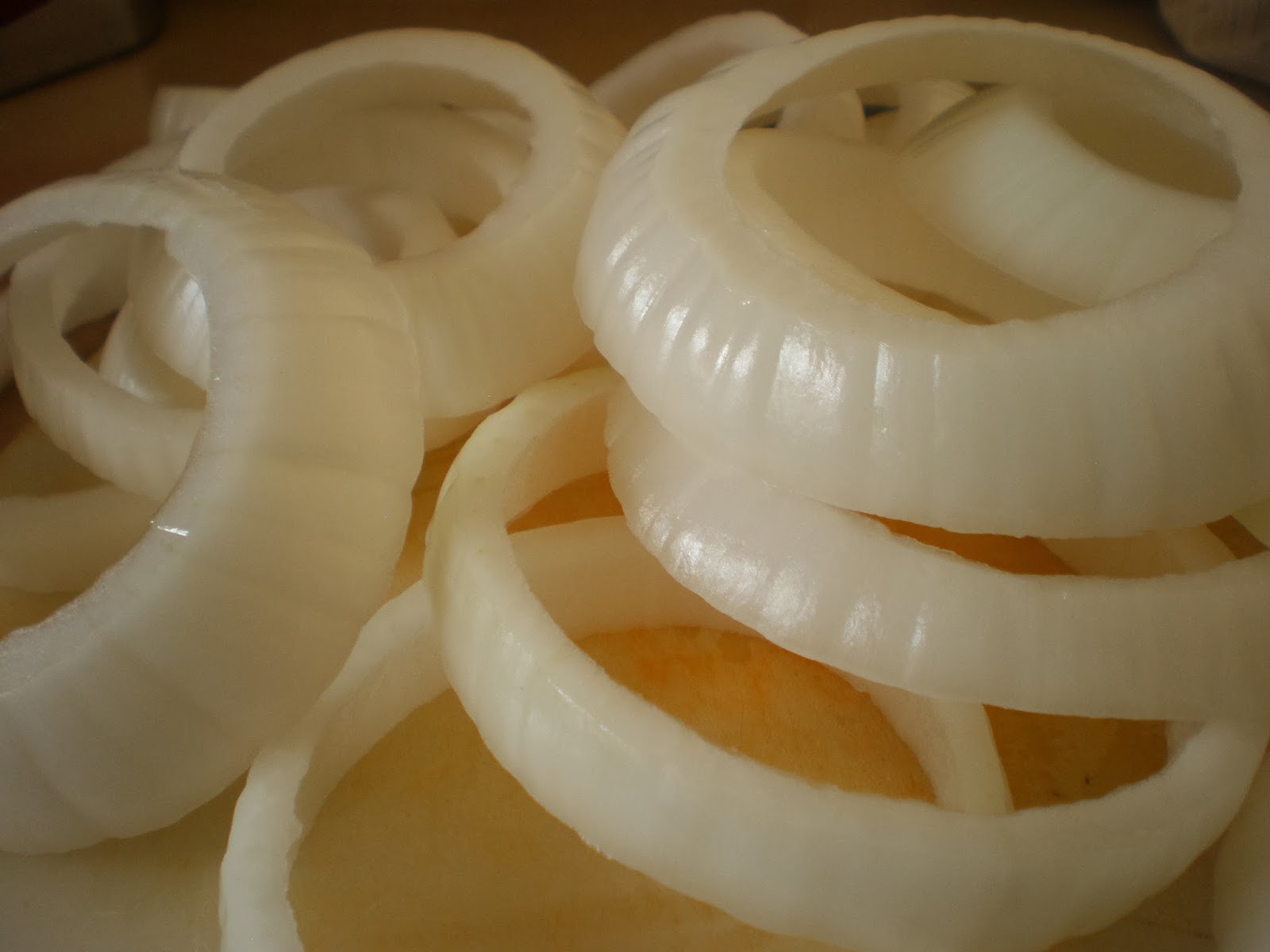 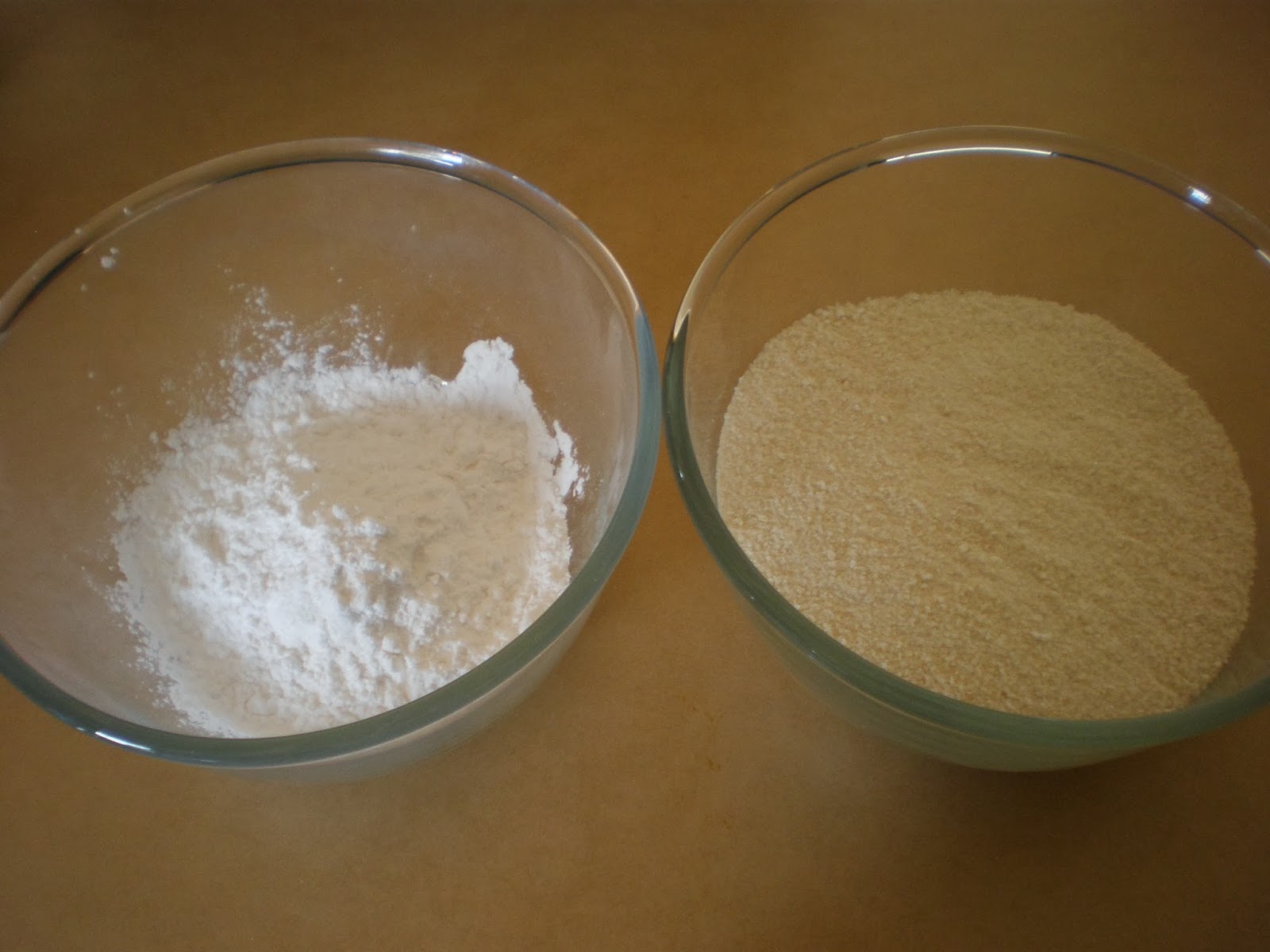 Spices, chilli, garlic powder and all can be added to the batter if you like, but I really love the simplicity from the flavour of the beer. Feel free to try out different combinations though and let me know what works for you :) 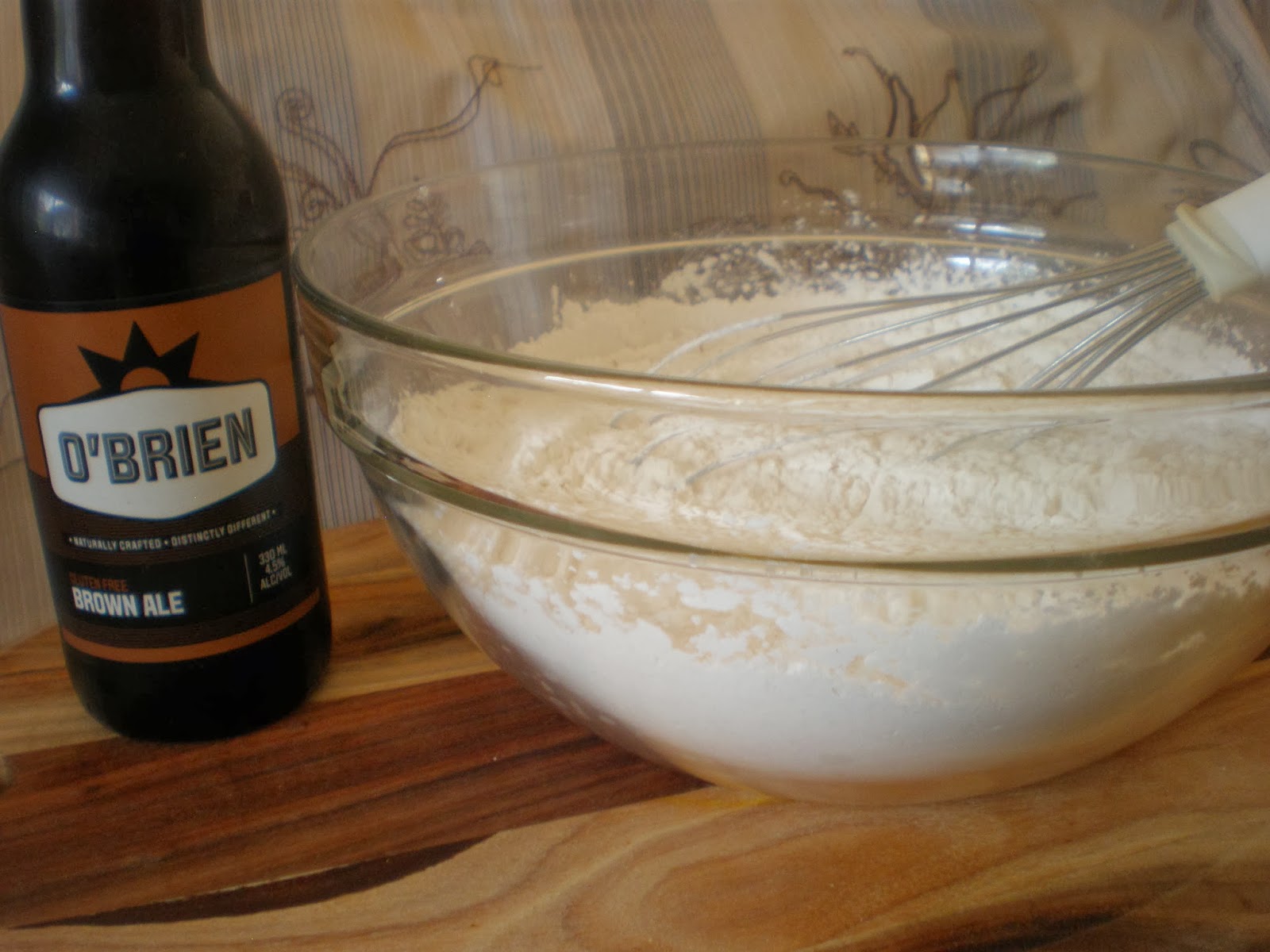 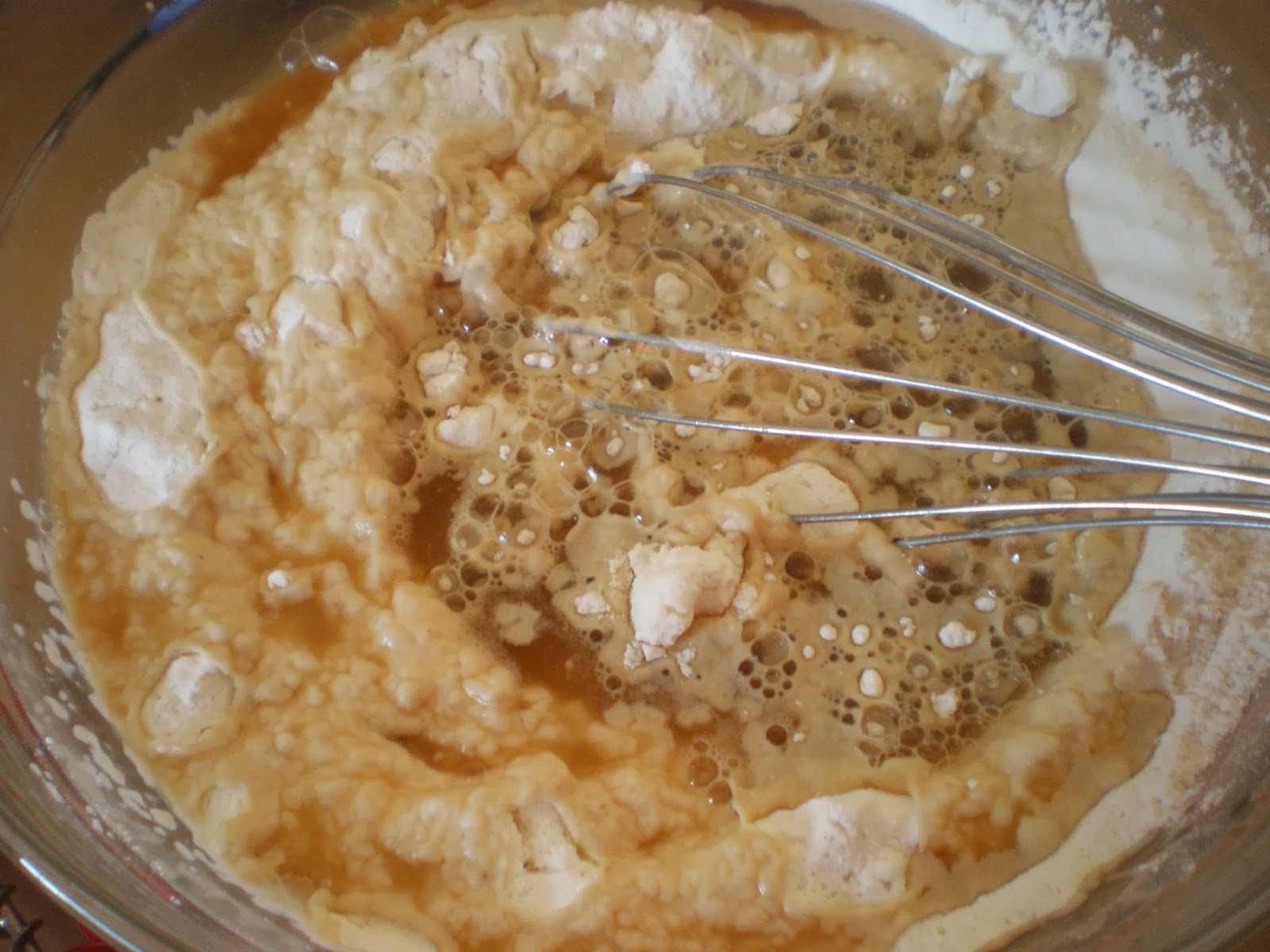 I used about a cup of gluten free flour to a stubby of beer, but that's only approximate. Gluten free flour tends to thicken up more than regular flour as a rule, so adjust as necessary. You're looking for the texture of pouring cream- not so thin that it just runs straight off the onion, but definitely not all that thick either. If you don't like or have handy, any gf beer, then you can use plain soda water instead. Having the bubbles and keeping it cold will ensure the batter is nice and light 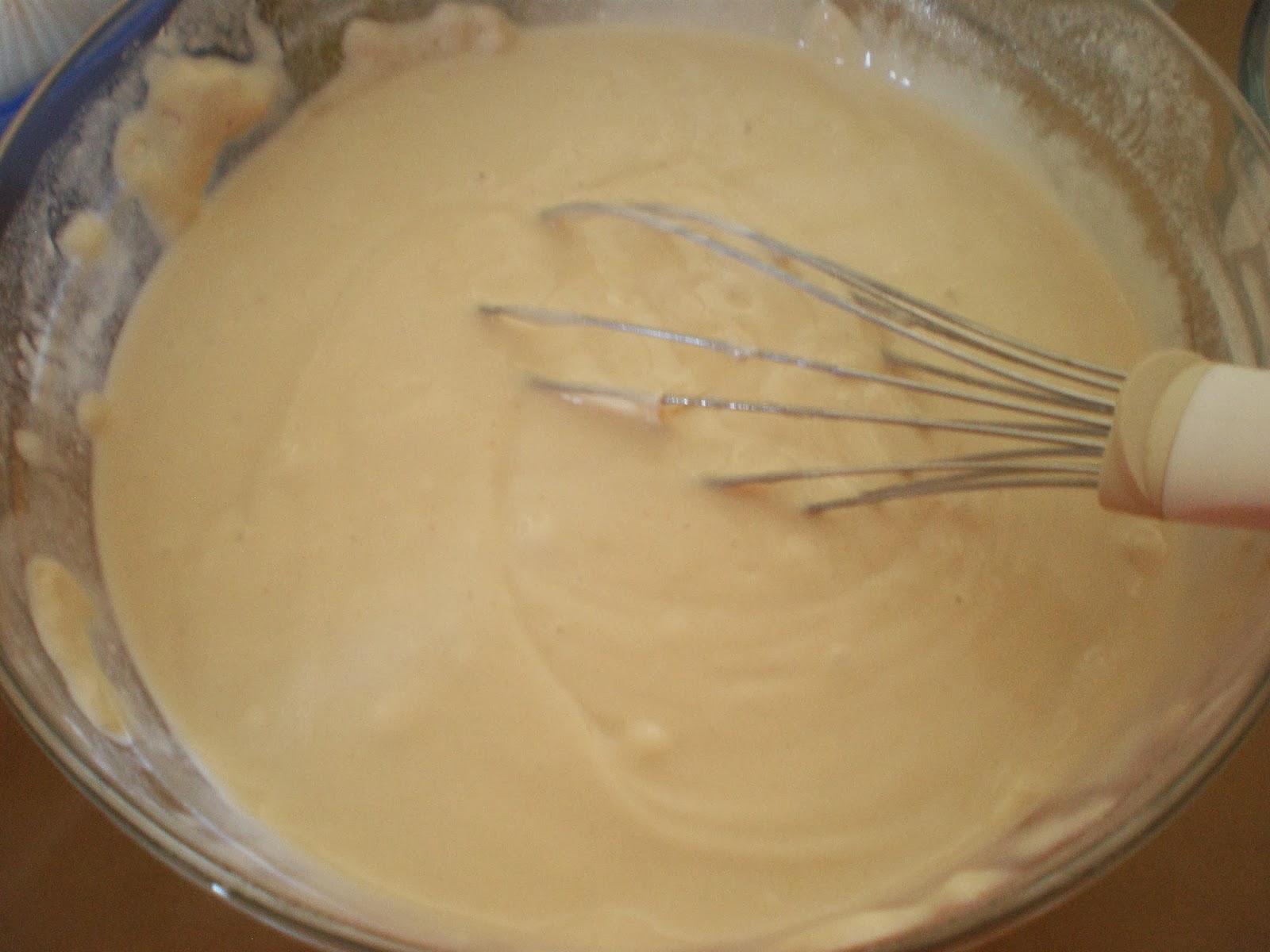 All lined up in order, ready to go: Flour, Batter and Breadcrumbs 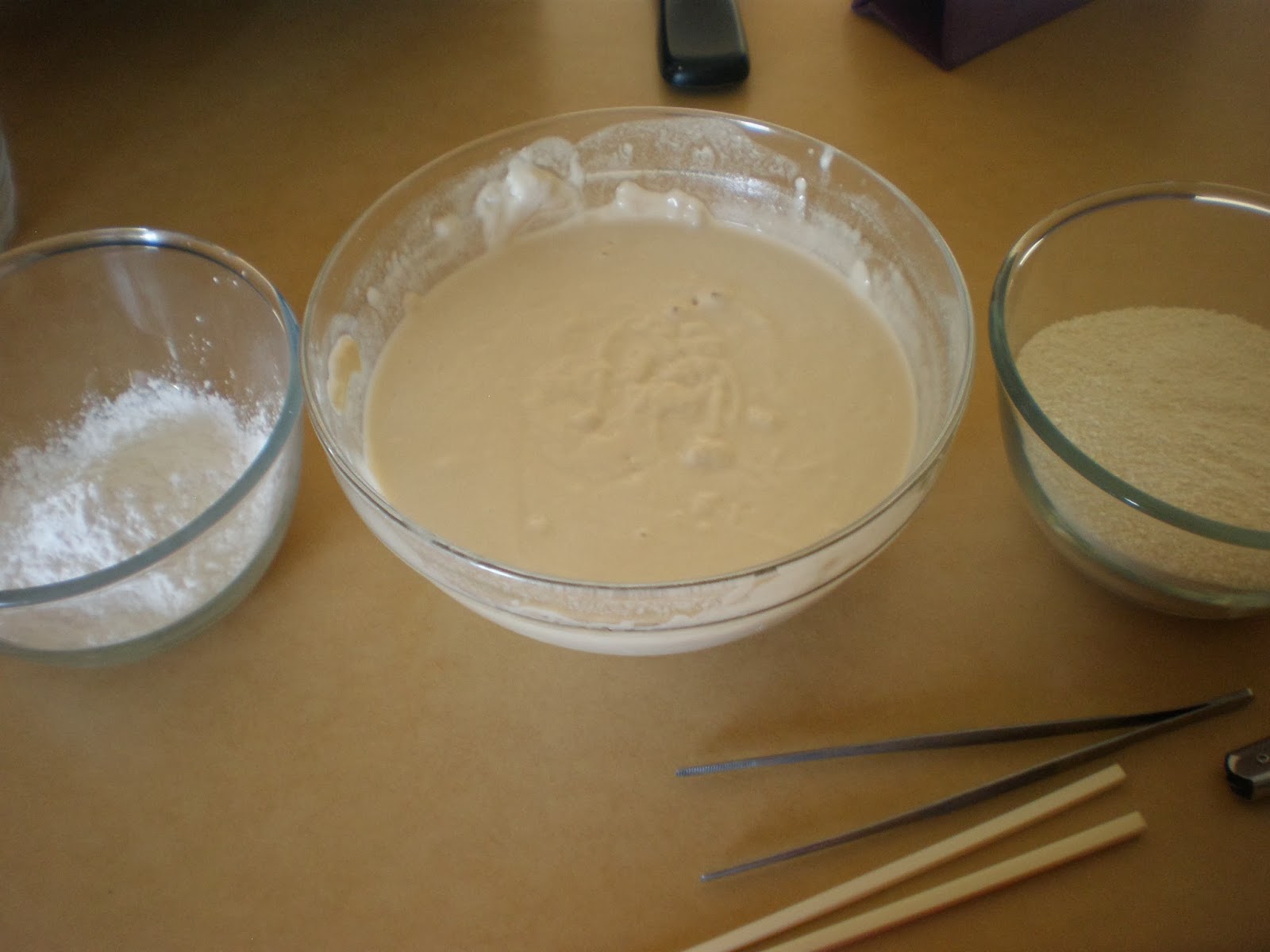 Dust each onion ring lightly in gf flour, and shake off the excess 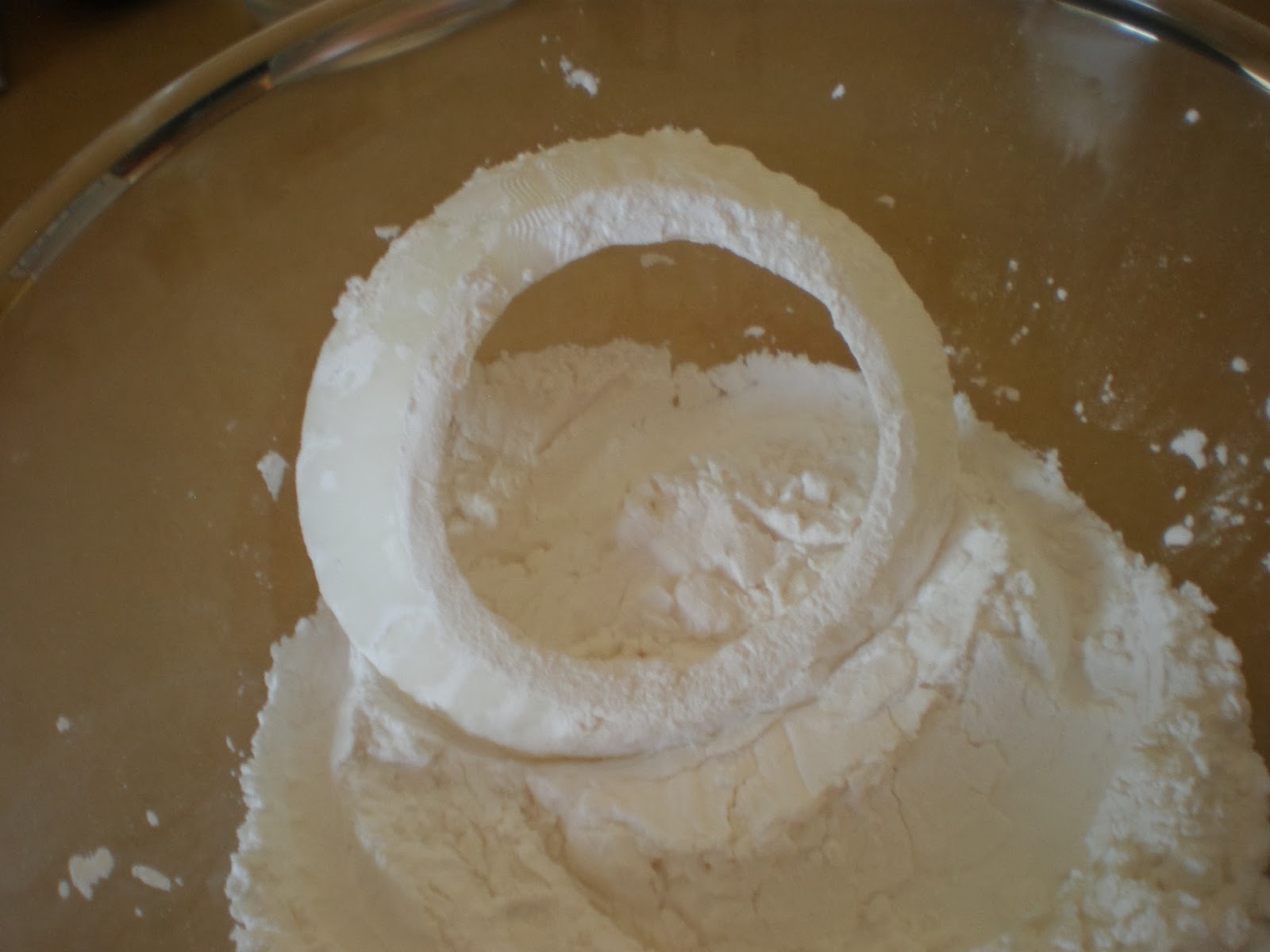 Dip the ring in the batter, letting any extra run off
I find using long handled kitchen tweezers work really well for this. Tongs touch too much surface area and fingers are waaay too messy. If you don't have tweezers then chopsticks aren't a bad substitute 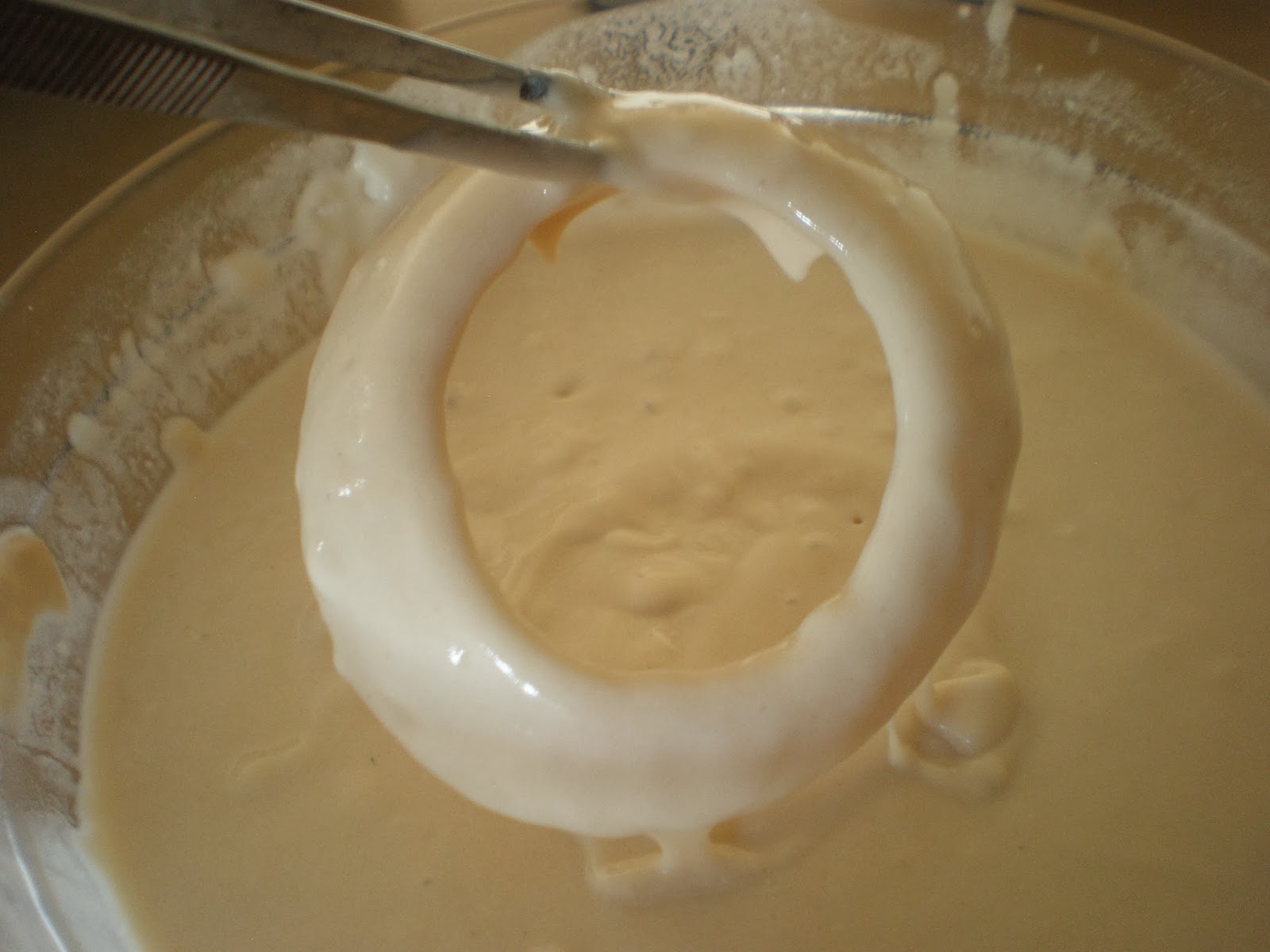 Quickly cover the battered ring in the gf breadcrumbs- work fast or the batter might drip off. Of course the breadcrumb step isn't strictlly neccesary, i just like the extra crunchiness they give 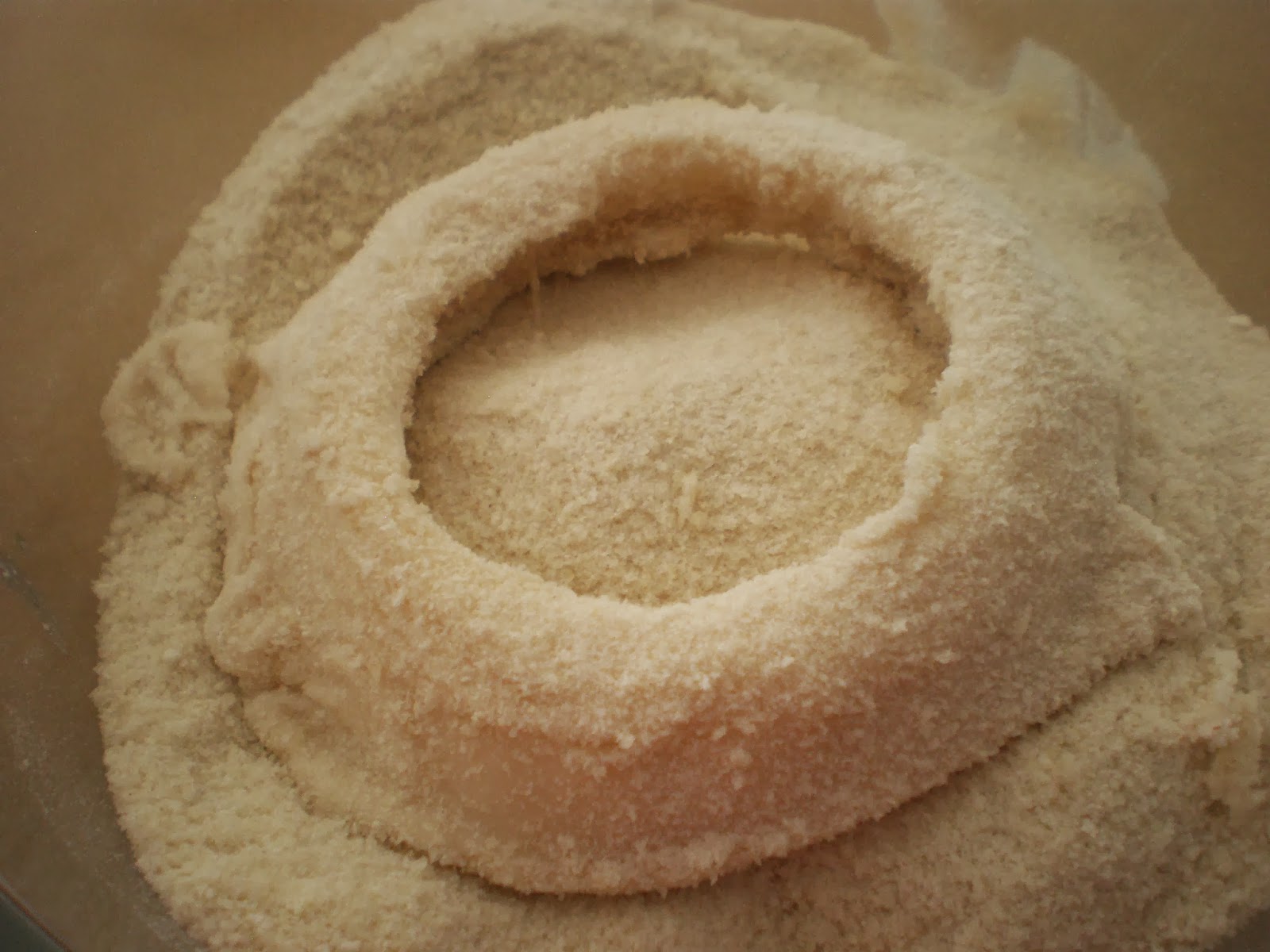 Pop the ring into the hot oil and cook until golden brown and nice and crunchy- yummo! Flip the ring with tongs if necessary to let the oil cover the top.
I only did one at a time as I didn't have much oil on hand, using a bigger pan would certainly be quicker :) 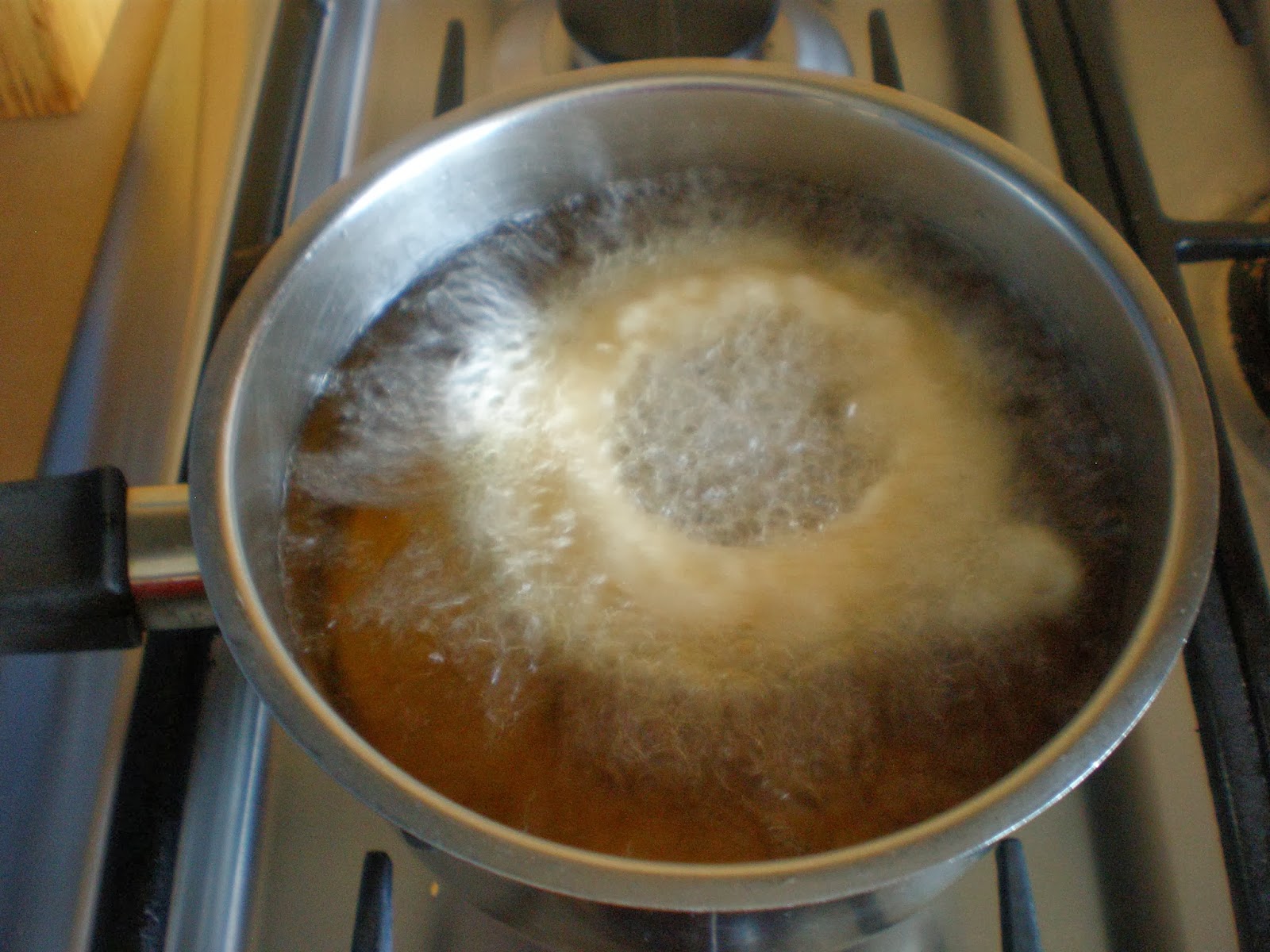 By far the best way to stop fried items going soggy is to allow free air circulation instead of the food steaming. A baking rack is great for this and it allows any extra oil to drain away as well- much better than the usual solution of kitchen paper 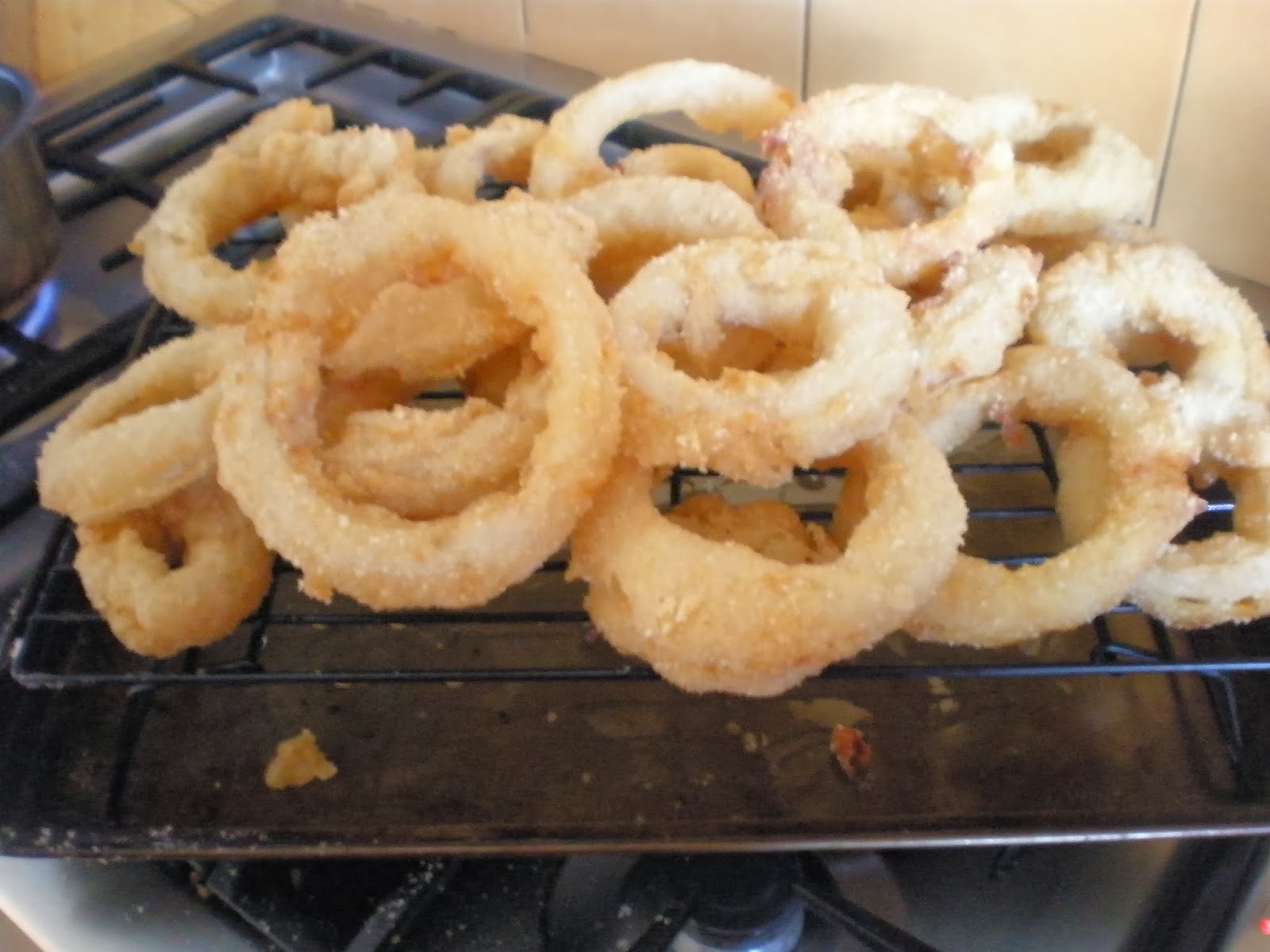 I took these onion rings a little under golden brown as I wanted to serve them later at dinner time. The best way to heat them up is again on the rack in the oven to allow the hot air to circulate freely and stop any juices stewing on a flat tray. They will crisp up beautifully and brown up at the same time without overcooking if you do it this way 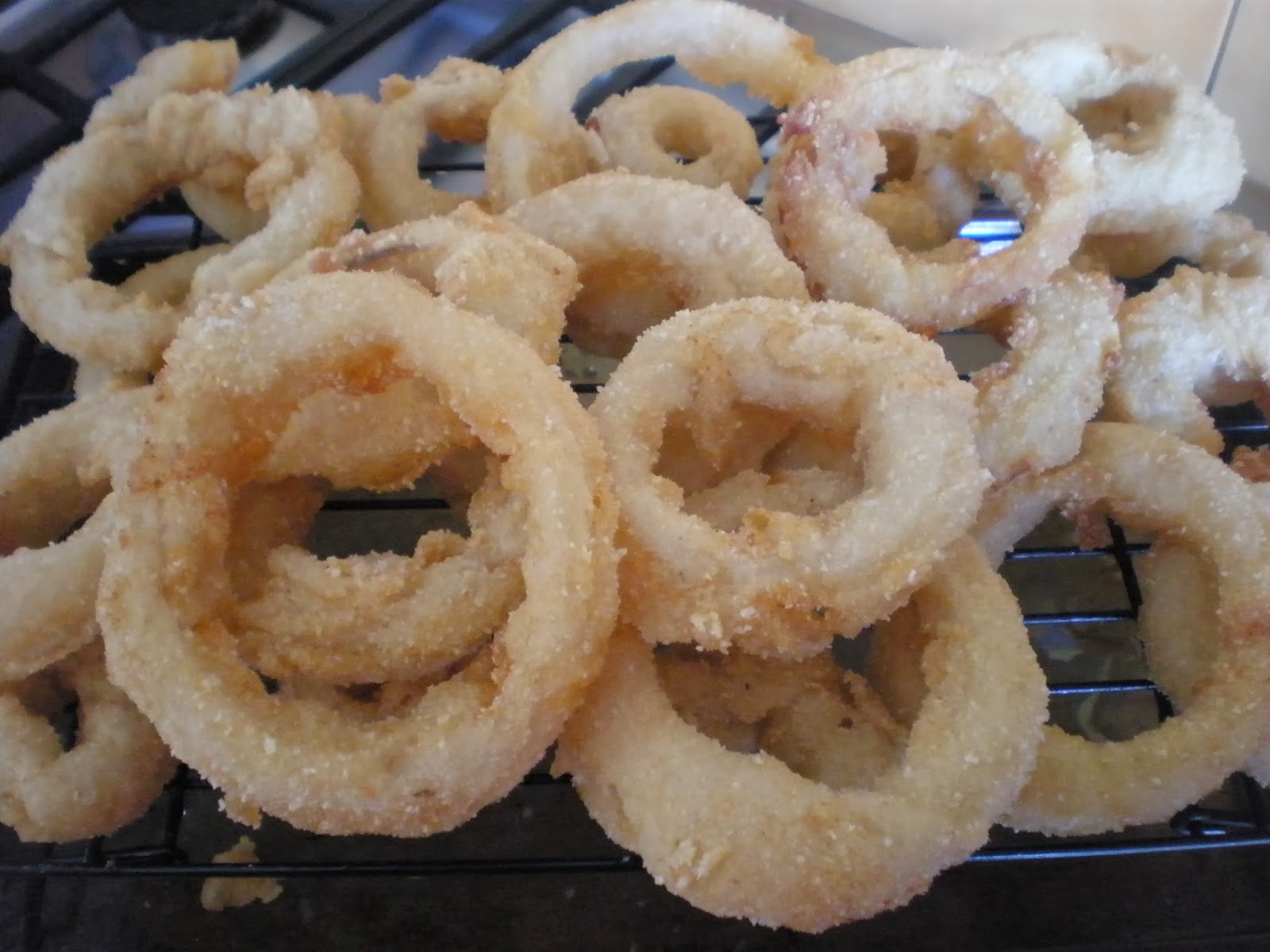 Now don't these look delicious? A wonderful drinking snack, great with a burger or as we had them, sitting next to a great big steak with smokey BBQ dipping sauce- Yummo! 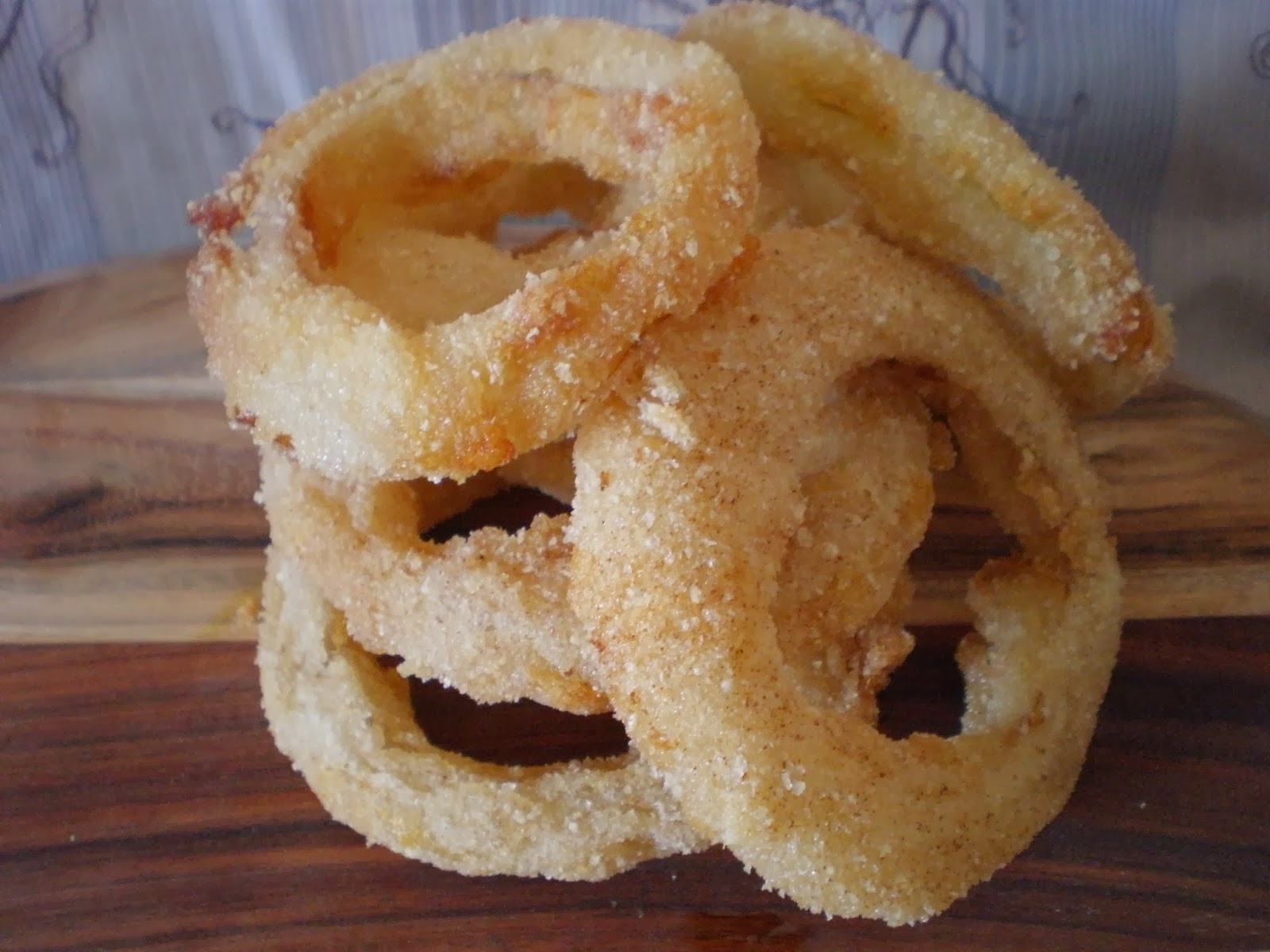 So my Dear Readers, are you a fan of onions and how would you partake of these Awesome Onion Rings?