A Rose By Any Other Name, Ispahan 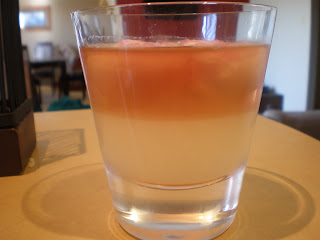 I love the scent and flavour of Rose.

The rich, velvety, warm taste is unmistakable. But this time it's combined with lychee and raspberries! I have heard of this magic sounding combination in the past, but it somehow failed to sink in to my consciousness until this weekend when I saw a post about it on Darjeeling Dreams, a lovely blog with some yummy recipes.

The flavour, called Ispahan, was originally discovered by the great Pierre Herme who created a macaroon in it's honour. I have decided to sponge off his genius and turn it into something a bit different.....

Every now and then I feel the need to make a fancy-pancy dinner party type dessert that is elegant and grown up and of course, delicious. A bit like a culinary posh frock; always handy to have lurking in the back of the wardrobe as you never know when you might need to use it for something special. It does happen, sometimes, well, it might..... 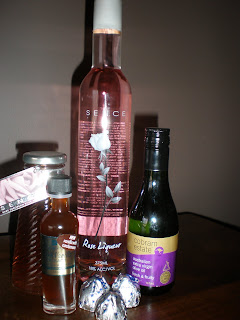 When I was at the Good Food and Wine show in Sydney earlier this year, there was a little stall selling Rose flavoured drinks. Of course I just had to try them! The company is called 'Sence' and had a rose nectar, rose wine and rose liquor. I got some of the nectar and definitely had to buy some of the liquor too. The labelling states " Made from the essential nectar of the Kazaniak Rose from central Bulgaria, harvested at the peak of aroma and flavour." Now I'm not telling you to rush off and buy some, this is just what I've got on hand. I think you could probably make quite a nice substitute with a sugar syrup and rose water, tinted with a couple of tiny drops of pink colouring for the slightest touch of rosiness.

I decided to layer rose and lychee gelee as I want the lychee and rose to be the star of this dish, as they are lovely and subtle. The trick will be to get the raspberry to play second fiddle. Gelee- or just plain jelly or gello- has a nice clean taste that I don't to lose, just highlight.

I got the gelee recipe from Martha Stewart, a very simple combination of juice/nectar and gelatin. Easy peasy. 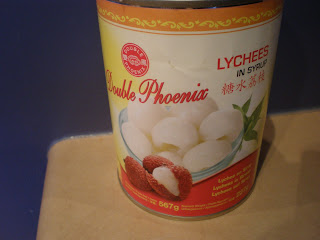 1 cup of juice- from a drained tin of lychees, keep the fruit aside you'll need it for later 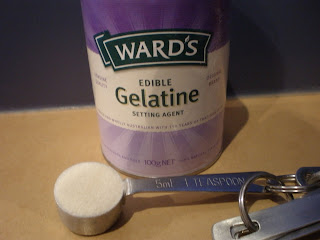 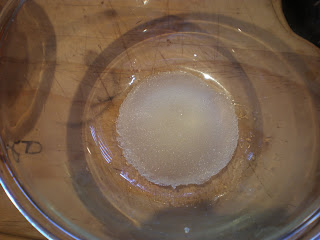 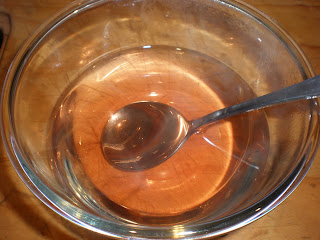 Sprinkle gelatin over cold water and stand until softened, a couple of minutes.

Heat the juice in a small pan until just starting to simmer.

Stir the gelatin mix into the hot juice until dissolved.

Allow to cool a little.

Choose a pretty bowl, glass, dish or something that will show your gelee off to it's best advantage

Place a layer of gelee in the base and let it set well enough to hold a lychee without sinking.

Told you you'd need them. Let's have a think about these lychees for a minute. If you look carefully, you will notice there is a convenient hole in the middle.This is where the raspberry comes into it. Carefully stuff a frozen raspberry into the middle of the lychee. Fresh ones are too squishy, frozen ones are much easier to use.This is now a neat and tidy litte surprise!
Place a layer of filled lychees on top of the jelly and gently fill with the other liquid gellee flavour.

Place in the fridge until nice and set.

Originally I made a raspberry mousse and placed a layer of this on top of the glass, but it was overpowering the subtley of the dessert. This is a simple but elegant way to finish a meal on a lovely light note when you don't want something too rich or sweet. It would also be nice after an asian style dinner. Perfect for those hot summer nights around Christmas!

So tell me Readers, what is your favourite light way to end a meal? 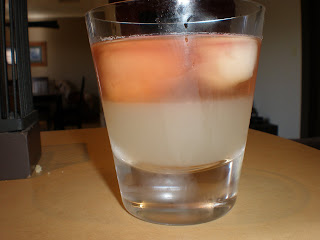