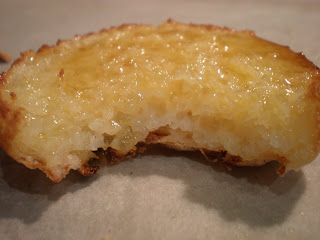 I know it's not a big thing, but the way the melted butter would collect in those little funnels then drip down my fingers, was really quite sublime.
Although it's the start of summer, after days and days and days of rain, it's a tad cool and leaves me wanting a warm breakfast instead of my muesli.

I took my start from an old Delicious magazine with a basic sounding crumpet recipe, but knew it would need tweaking. I faithfully followed the instructions, then stood back to think..... definitely more liquid needed. Oh, that's not gonna work like that! A little change here, a little change there, 3 attempts of cooking style later and, Voila! Crumpets!

Now, we all know that gluten free products can be, shall we say, 'lacking' that certain something that their glutenous cousins take for granted, but these are actually pretty good. The little funnels formed well and held the all important butter, they baked well, and they toasted beautifully. I always like my crumpets a bit over toasted and this wasn't a problem either. Win win for us InTolerants. 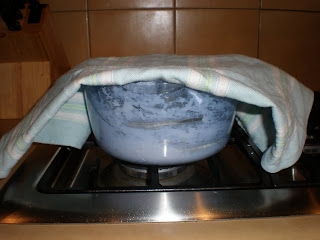 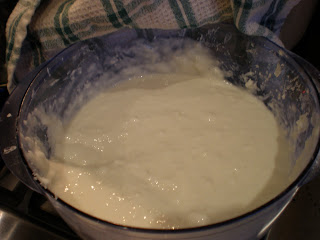 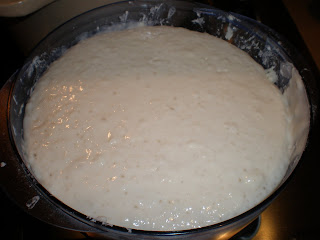 Originally the recipe frys the batter in egg rings, but this was disastrous with the gfree mix. The batter overcooked on the base, and set on top before they were cooked through in the middle. I tried cooking them on a lower heat, but they turned into hard little frisbees that would pose a danger to dental work. I tried a flatter more piklety stlye, but that wasn't much better. In desperation I baked them in the oven. At first I was dubious, I couldn't see any little funnels, but before I threw them to the dog,I cut one in half. Perfection! There were my funnels ready to be filled with buttery goodness. I toasted one straight away and was impressed. I left the cut piece out overnight and toasted it this morning and was more impressed! I think drying it out overnight helped it crispen up. I used texas muffin pans which made a very cute little shape, but the emphasis is on little. I can fit 2 pieces side by side in my normal size toaster. I can't really say how many this mix will make, because I tried so many different ways before I got it right, that I only had enough batter left for 4 little babies, which I cut into 8. Not nearly enough for crumpety cravings. I guess I'll be making more this weekend! 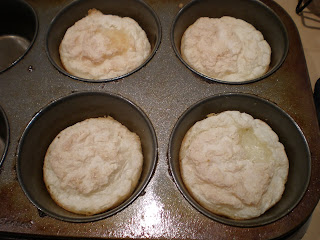 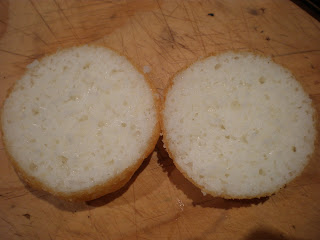 Mix the flour, yeast and sugar in a large bowl.

Cover and place in a warm spot for an hour for the yeast to do it's thing. Batter should double in size.

Grease some Texas muffin pans and half fill with batter. Don't knock out the airiness of the mix.

Turn out and let cool.

Cut in half and toast.

Slather with butter and honey and enjoy! 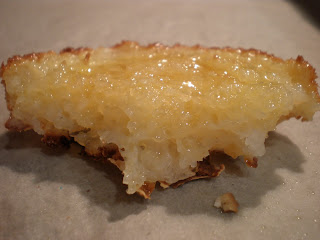 So Readers, what do you like to put on your crumpets?


P.S As promised I have my first giveaway! When I recently renewed a magazine subscription I received a lovely gift of a Junior Master Chef rice kit. Although I have my own junior master chef, I also have nearly every kitchen appliance known to man. All my nieces and nephews are too old or too young, so I have decided to re-gift it to one of you. (brand new in wrapper of course) To be eligible just comment on this post with the name of your little master chef that you will be re-gifting the re-gift to for Christmas.
Good luck! 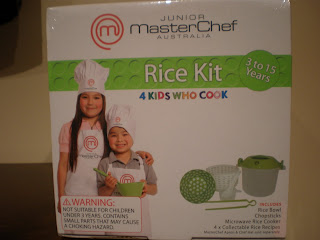