A Bit Of Fluff 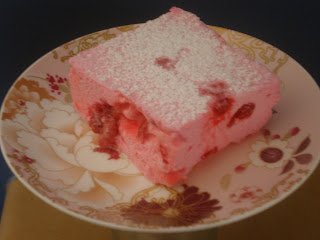 This has got to be one of the cheapest treats you could possibly make, ever.


So easy, so cheap, no cooking, no fat but so very delicious! Just the thing when you're running short on cash but want to make a something just a bit special.

When I was younger, my big sister would make marshmallows, flavoured with peppermint and rolled in coconut. I wanted to capture this in a dessert that was just as light and fluffy, but a bit more exciting, so decided to go with a mousse with some fruit marbled through to look nice when cut and served. 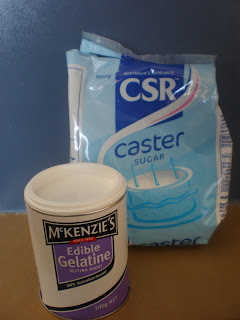 This rounds out to be a grand total of $1.03 for the lot. Of course you add flavourings, but you usually have some kind of essence or flavour in the pantry, don't you? Or is that just me? Anyway, a little bottle of concentrated flavour is still very inexpensive, so I stick to my guns of saying this is a fun, cheap dessert, that you can tart up as much as you like.

Pour the boiling water over the gelatin, and whisk it to get rid of any lumps.
Add in the castor sugar and whisk again until it's all dissolved. 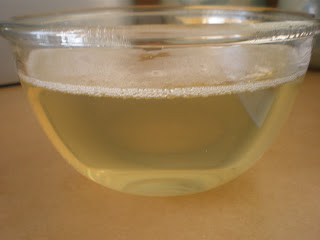 Let it cool down, then pour it into a stand mixer and whisk until it's light and fluffy, and at least 5 times fluffier. This took my mixer about 10 minutes or so. 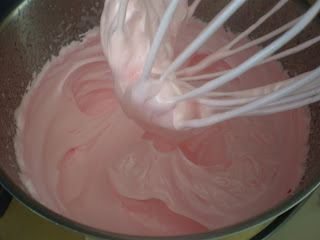 Add in your preferred flavouring. I choose raspberry essence, supplemented with frozen raspberries for added yumm. 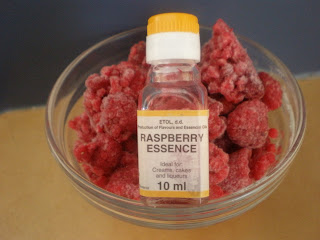 Pour the mass of fluffiness into the pan, and smooth the top.

Place in the fridge to set firmly. 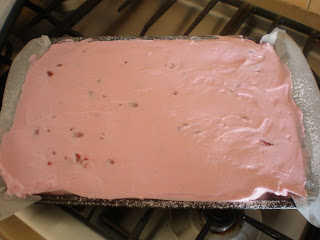 Cut the marshmallow into nice slabs with a wet knife, being very careful not to mess it up with your fingers. 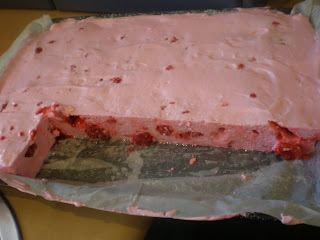 Sprinkle the top with icing sugar, and eat immediately. Enjoy these for a light dessert, or whenever they take your fancy! 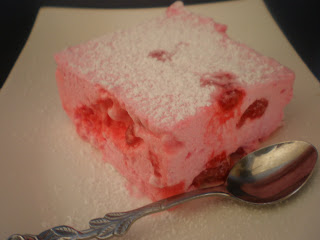 This style of marshmallow mousse is not a keeper. It's best used in a day or so, and always kept in the fridge.

So light and fluffy that it just disappears... like a dream of Summer dissolving in your mouth... 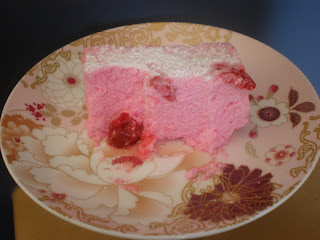 So my Favorite Readers, do you have a favourite budget recipe or two?
Posted by The InTolerant Chef ™ at 3:50 PM