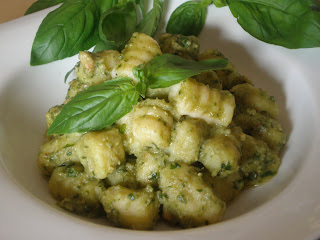 I've been working in the garden lately


Although it's still early Spring, and we're not safe from frosts yet, I've got potato shoots sticking above the soil promising big things things come later in the year.
Actually I've had to cover my potato pots with chicken wire as my naughty doggie likes to snuffle his snout through the dirt, digging up potato flavoured balls to play with. He doesn't consider this a waste of epicurian delights, after all they're just potatoes- right? But fresh potatoes are so lovely, it wasn't until I grew my own that I realised potatoes are really as crunchy and juicy as apples!

Potatoes are really native to South America not Canberra, and weren't introduced to Europe until about the 16th century, where the Italians added them to the little dumplings previously made with semolina, bread crumbs or even ricotta, and a new classic was born. They can be boiled or boiled then fried, are delicious carriers for sauce and  they stick to your ribs in true Nonna food fashion.
Yummo! 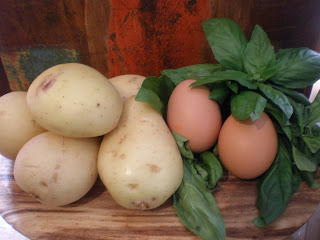 500gr Potatoes (floury types are best, but this is what I had to hand)
1 cup gluten free Flour
2 Egg Yolks
big pinch of Salt

First things first, cook your potatoes, the idea is to keep the potatoes as dry as possible as that will keep the gnocchi as light as possible. You can bake them in the oven but that will take a while, or you can cheat just a little like I did, and microwave them instead. Shhhh.... just don't tell all the Nonna's out there, will you?
Stab the potatoes with a fork to pierce the skin and to avoid the potato exploding in the microwave 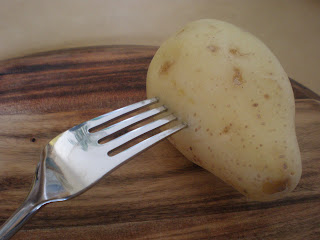 Cook them until nice and very soft 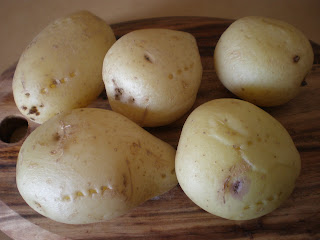 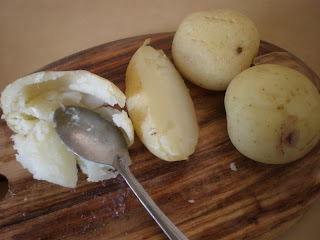 Have you seen one of these before? Its a Potato Ricer and it's kind of like a huge big garlic press, but for potatoes. It smushes the spuddies out of the little holes making little rice-like grains or strands. If you don't have one, you can just mash them up instead 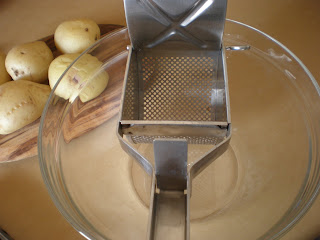 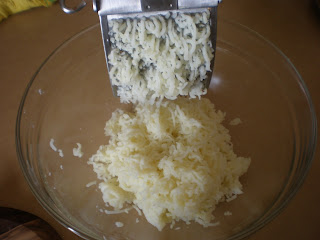 Let the potato cool a bit for a while, just enough so that the egg yolks won't cook when mixed in

Add in the flour, yolks and salt then knead briefly until it forms a soft, slightly sticky dough 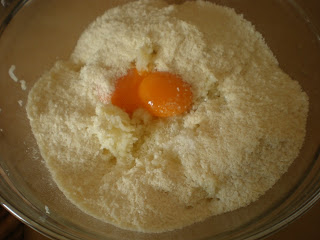 Don't pound away at it or it will turn into tough little nuggets, try and use a gentle touch to create light, fluffy little pillows instead 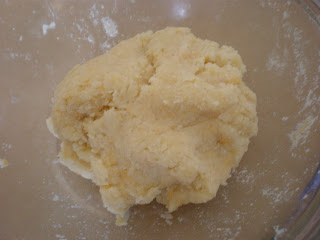 Divide the dough into quarters, then roll into a finger-thickness sausage and cut into little pieces about 1 1/2cm long 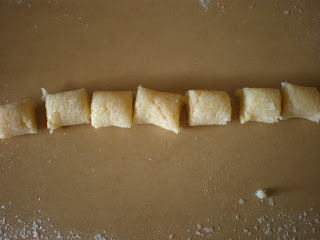 Roll each little bitty down the back of a fork, pressing slightly to leave stripy little indents around their girth. These grooves will trap sauce in them later on, ensuring each bite has a lovely sauce to dumpling ratio instead of just starchy solids 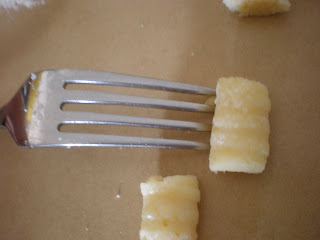 Keep going until all done 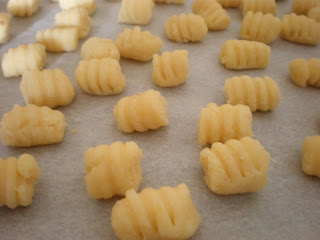 Pop the gnocchi into a pan of salted boiling water, and then wait until they float to the surface 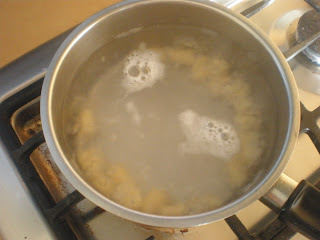 As soon as they float, scoop them out and drain before tossing through the sauce of your choosing 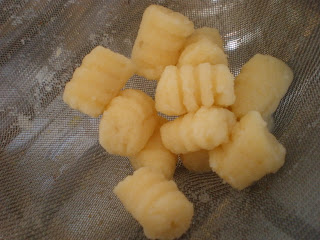 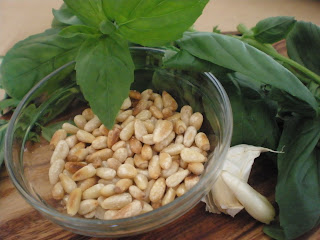 1 cup or 1 bunch Basil
1/2 cup toasted Pinenuts
1 or 2 cloves of Garlic
Nice Olive Oil, about 1/2 cup or as much as needed
big pinch of Salt 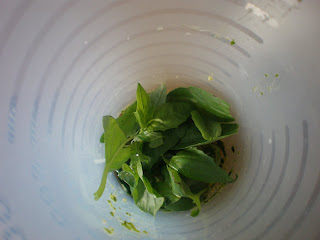 Blend all the ingredients together, adding more oil if needed to make a loose sauce. I left mine a little chunky for a bit of yummy texture 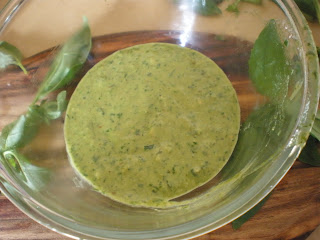 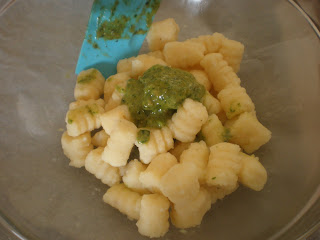 Pile up high in your bowl, and dig in!
Scatter with Parmesan cheese if your InTolerances will let you, but these are delicious just as-is. Soft and billowy little pillows of potato - Yummo 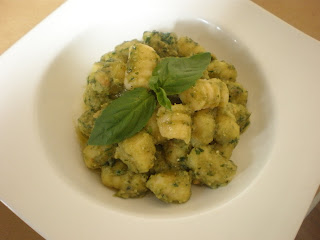 So my Dear Readers,  do you enjoy basil, and do you have much going on in your garden at the moment? 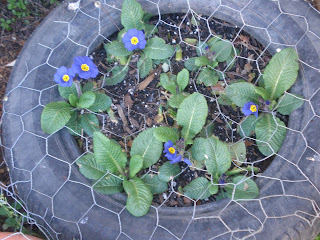 Polyanthus not potatoes, but protection guaranteed!