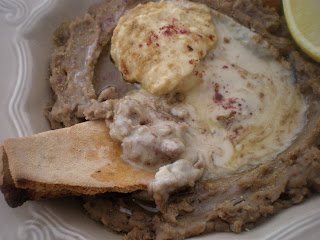 When I go away, even for just a day, I tend to take a supply of food with me

Not because I'm fussy, not because I'm OCD, but because it's just easier to know that I'm not going to be stuck ill for hours by accidentally eating gluten. Muesli bars are a great stand by, and that's what I had in hand when I spent the night at my Bloggie Bestie Celia's house- just in case.
BUT, if any of you know anything about Celia, and her generosity of spirit, you would have know how silly and ridiculous that kind of thinking really is. Instead of dry, fairly tasteless muesli bars, I was served up a big, steamy bowl of the yummiest bean dish you could imagine, Ful Meadames.


Apparently the national dish of Egypt, Ful or Fuul is delicious, filling and suitable for vegos and vegans as well as us InTolerants. Ful is the Egyptian word for Broad beans (sometimes known as Fava beans), and medames is a word meaning buried, which refers to the original cooking method of burying a sealed pot of water and beans in hot coals and simmering it away for hours and hours until tender. This would be prepared by the public bath attendants who could put it there each evening and have a nice hot breakfast waiting for the next morning.


After having this delicious breakfast at Celia, I was determined to make it here at home as Winter's chill and minus temperatures need a rib-sticking breakfast to keep up your strength up! 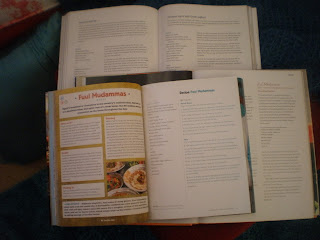 When I make a recipe, especially a classic or traditional cuisine, I really like to research it well first. I turn to my multitude of cookbooks, my tech books, and even Mr Google for ideas and inspiration. This time though I actually found very little variation in the basic bean recipe, just in the toppings, and the Internet search gleaned mostly mashed-up-tinned-bean recipes that didn't interest me at all.
I decided in the end to go with Food Safari's great recipe which had a combination of both broad beans and red lentils, but cook it my own way with a couple of little changes to suit my taste and time restraints. 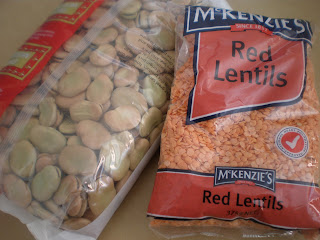 Ful Medames
(start the day before if presoaking the beans) 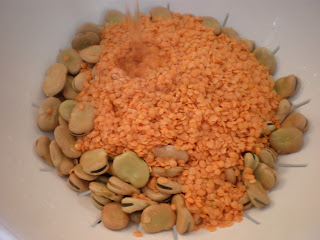 Soak the beans and lentils for a few hours, or overnight. Less if you cook it longer in the pressure cooker 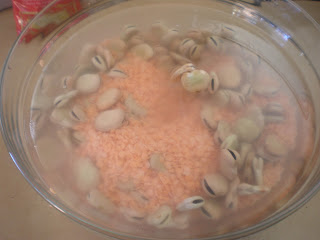 Drain them well, then place the soaked beans into the pressure cooker with 6 cups of water, garlic cloves, cumin and 1/3 cup of good olive oil. Cook for an hour in a pressure cooker, then check to see if they are soft.
If you're cooking them on the stove top, you'll need to bring them to the boil then reduce heat, cover and simmer for 5 to 8 hours- checking and stirring occasionally. A simmer mat is really good for this as you don't want the beans to catch 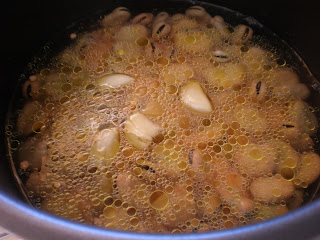 The broad beans should be lovely and tender by now, and the lentils should have disappeared all together into the murk. Don't worry that there seems to be a lot of liquid, trust me it will soak into the beans and you might even need to add more! 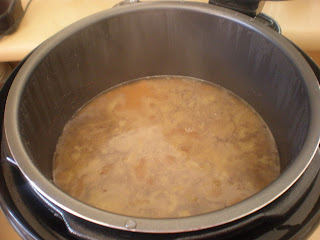 Ful can be served as is, roughly mashed with a potato masher and served as a stew-ish bowl, or blended up well with a stick blender into a thick type of dip as I did. Whatever style you prefer though, DON'T take out ANY of the liquid! 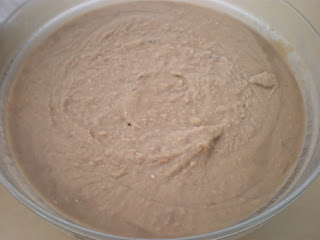 As you can see, this dish thickens up remarkably 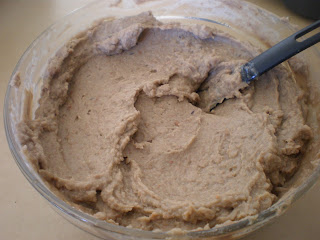 Ful is often served spread thickly on a pita and packed with salad then rolled as a quick eat-as-you-go breakfast, or in a bowl as a stew with cooked tomatoes, onions and spices and even boiled eggs. The toppings I've decided to include for my feast include Tahini, Hummus, Garlic, Cumin, Sumac and Lemon juice 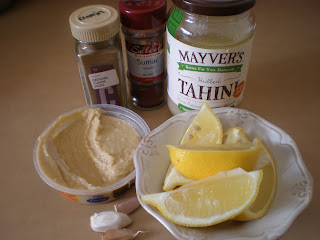 Spoon a good splodge into a bowl, I like to make a channel to hold in all the extra yummies 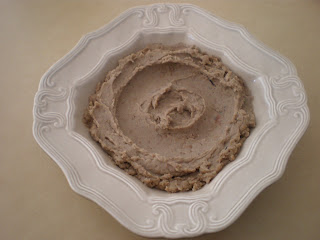 Season very generously with salt- remember that no salt has been added yet, and beans are quite bland on their own really. Crush on the garlic now too- I like the warm hum of a bit of raw garlic, but you can leave it off if you have an important breakfast meeting :) 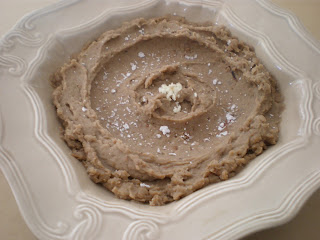 Now add a great big spoon of tahini, a little scoop of hummus, a big sprinkle of cumin and sumac, a drizzle of very nice and grassy EEVO, and serve up with a wedge of lemon for squeezing and some GF flatbread for scooping- Yummo! 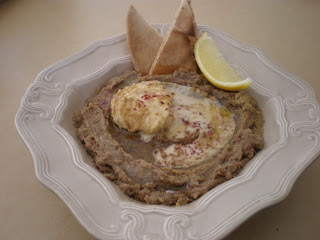 This has been a delicious breakfast or lunch for days, and I packed portions in baggies in the freezer for busy mornings as well. All in all it made about 12 very decent portions for a tiny price. Well worth it!
Brown foods are so hard to photograph well, but doesn't this look delicious with all the toppings swimming around bathing the beans with flavour? Yummo!

So my Dearest Readers, what do you enjoy for breakfast on a cold day, and have you tried Egyptian cuisine before?