Lest We Forget- Raspberry Poppy Seed Cake for Remembrance Day 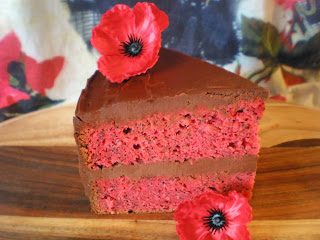 Did you remember that today is Remembrance Day (11 November) that marks the anniversary of the armistice which ended the First World War?  Each year Australians observe one minute silence at 11 am on 11 November, in memory of those who died or suffered in all wars and armed conflicts.

I always seem to buy enough silk poppies for a bouquet each year, and the colour is so beautiful and vivid that I wanted to replicate it in a cake. At first I thought about a Red Velvet cake, but as I'm not too fond of plain chocolate I came up with Raspberry and Poppy seed instead. I just wish I could give a slice to all the indefatigable fund raisers out there at the poppy stands who do such a great job each year- well done! 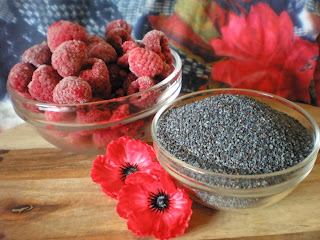 
Now you can see from this photo that I actually made my cake with lactose free spread instead of oil, but as it turned out a little dry I would definitely use the oil next time. The step by step instructions will be the same if you use the oil, but the photos are obviously using the spread which makes for a fluffier look 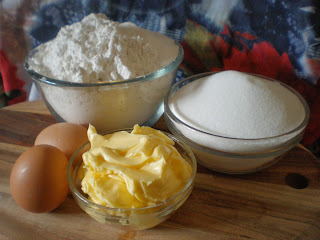 Beat the oil/ spread and butter until nicely incorporated and a bit fluffy, then add in the eggs one at a time and beat well 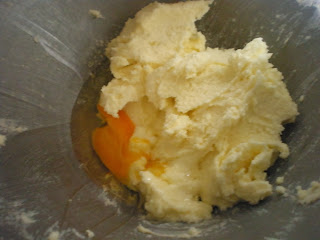 Add in the flour and the milk 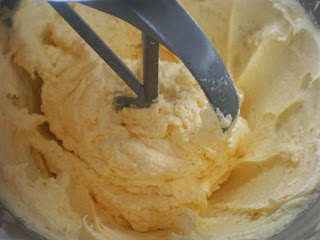 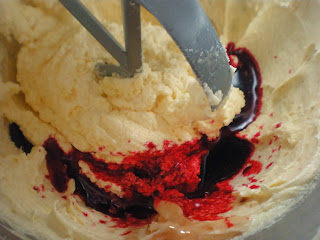 So pretty once you beat it through! 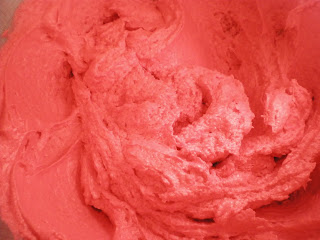 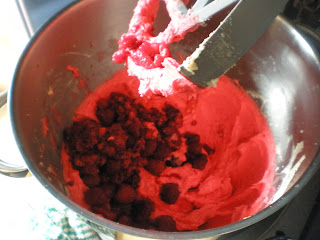 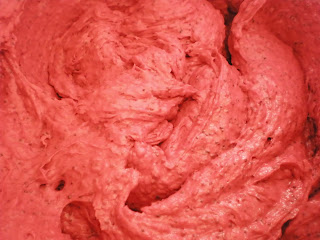 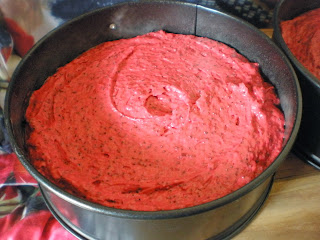 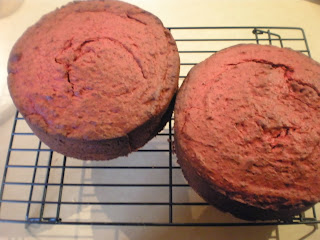 Look at the split cake- it looks just like a Dragon Fruit doesn't it? 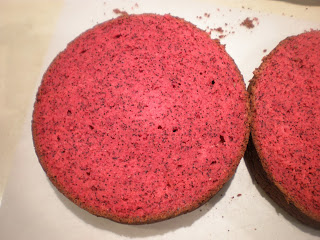 I filled and covered my cakes with a dark chocolate ganache- and yes I cracked the outside because I didn't let it warm up to room temperature :( 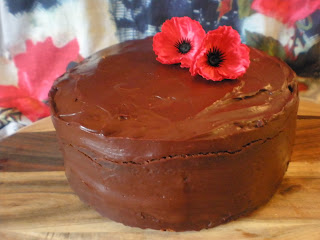 I think the finished cake was very pretty and very tasty with all the raspberry yummies- just a tad dry so make sure you use the oil! The pop of the poppy seeds was quite a nice texture change form the smooth cake- just make sure you check your teeth before you have to smile :) 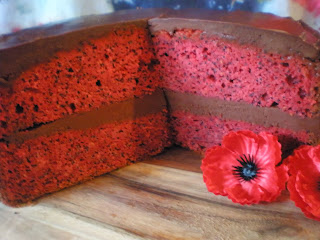 So Dear Readers, did your work place stop to observe a minutes silence today, and do you like poppy seeds too? 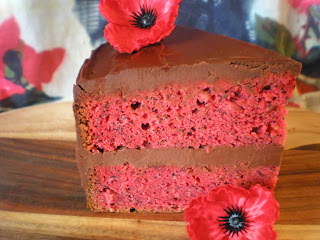