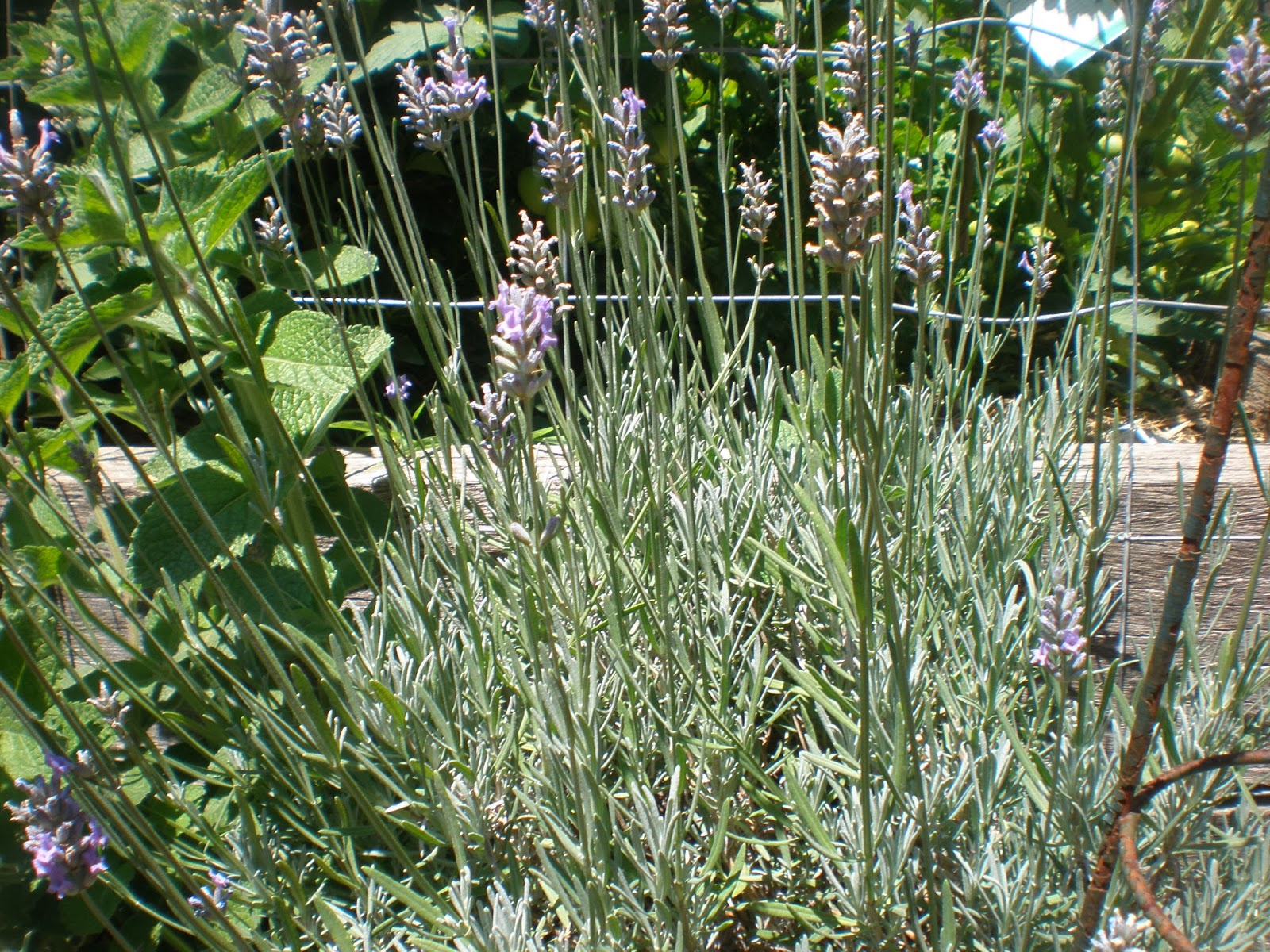 Summertime, and the living is easy.....


My vegetable garden is flourishing, my berries are fruiting, and my lavender is purpling prolifically

I grow a lot of culinary flowers, they're so lovely for adding colour, flavour and beauty to dishes. Nasturtiums, violets, carnation pinks, marigolds, roses, lavender and a whole heap of herb flowers too. My lavender is a specialised culinary cultivar that is very sweet and fragrant, with less of the harsh camphor sort of taste that is common in other varieties, so making mine extra yummy indeed.

A couple of months ago I was watching Rachael Khoo in her cooking show 'The Little Paris Kitchen' when she whipped up an amazing Lavender Chicken. Although I've used lavender a lot in sweets before and in Herbes de Provence with lamb dishes, at first I wasn't sure how it would work with chicken. Then I considered how similar some of the underlying flavour notes were between lavender and rosemary, and it all made sense.

I've been waiting and waiting for my flowers to bloom, and at last it all came together. I also used some Lavender honey that I picked up, but feel free to use whatever one you have on hand. I did cut the oil down from 4 tablespoons to 2, and used half the lemon instead of a whole one as I found it a bit overwhelming. The result was a very lovely dish that hit all the right savoury notes with the honey adding just enough sweetness to boost the floral fragrance of the lavender without it tasting like Nanna's sock drawer 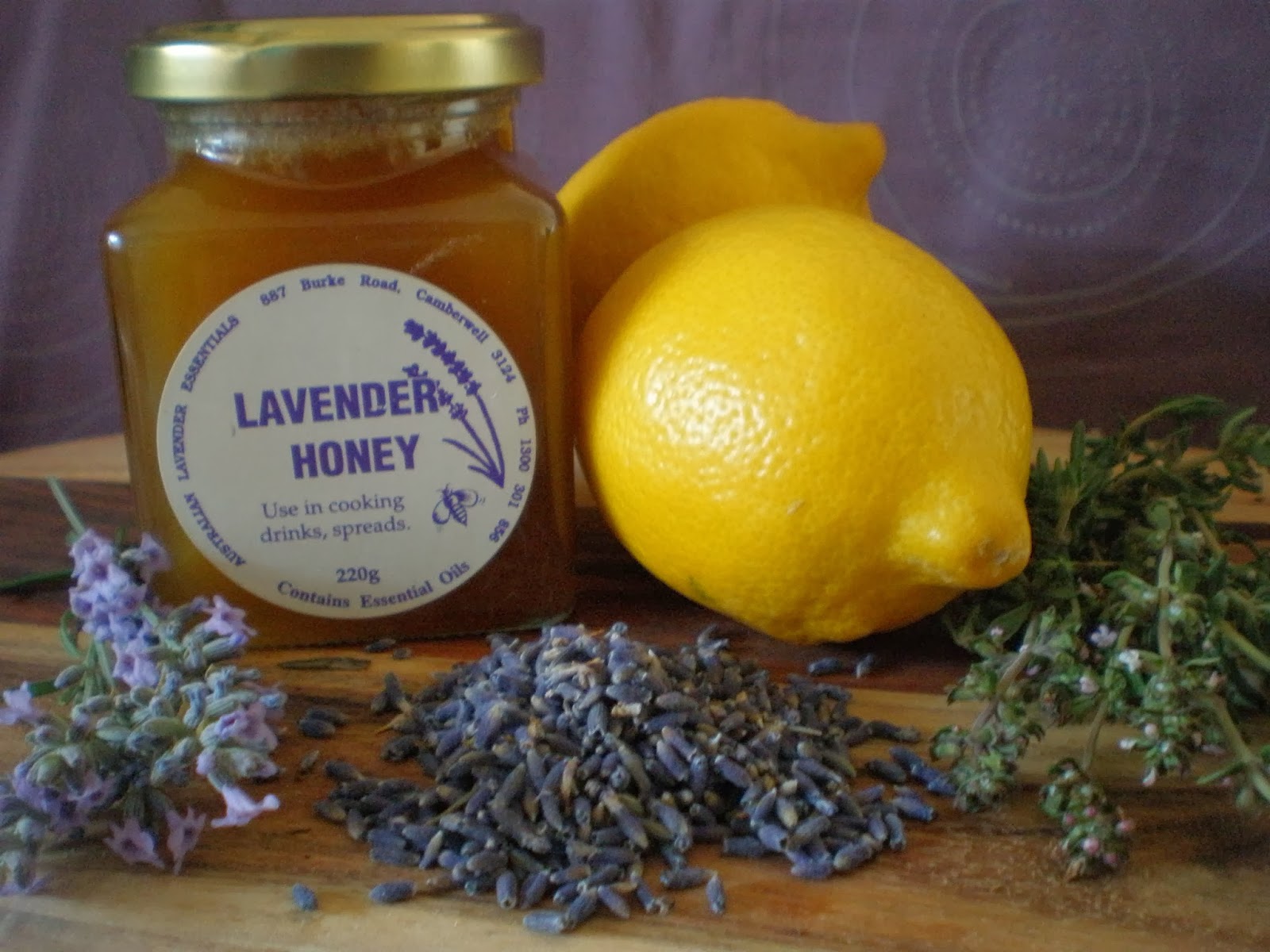 Lightly crush the lavender a little to help release the essential oils and increase the flavour. You can use a mortar and pestle if you have one or roll over them a couple of times with a rolling pin instead 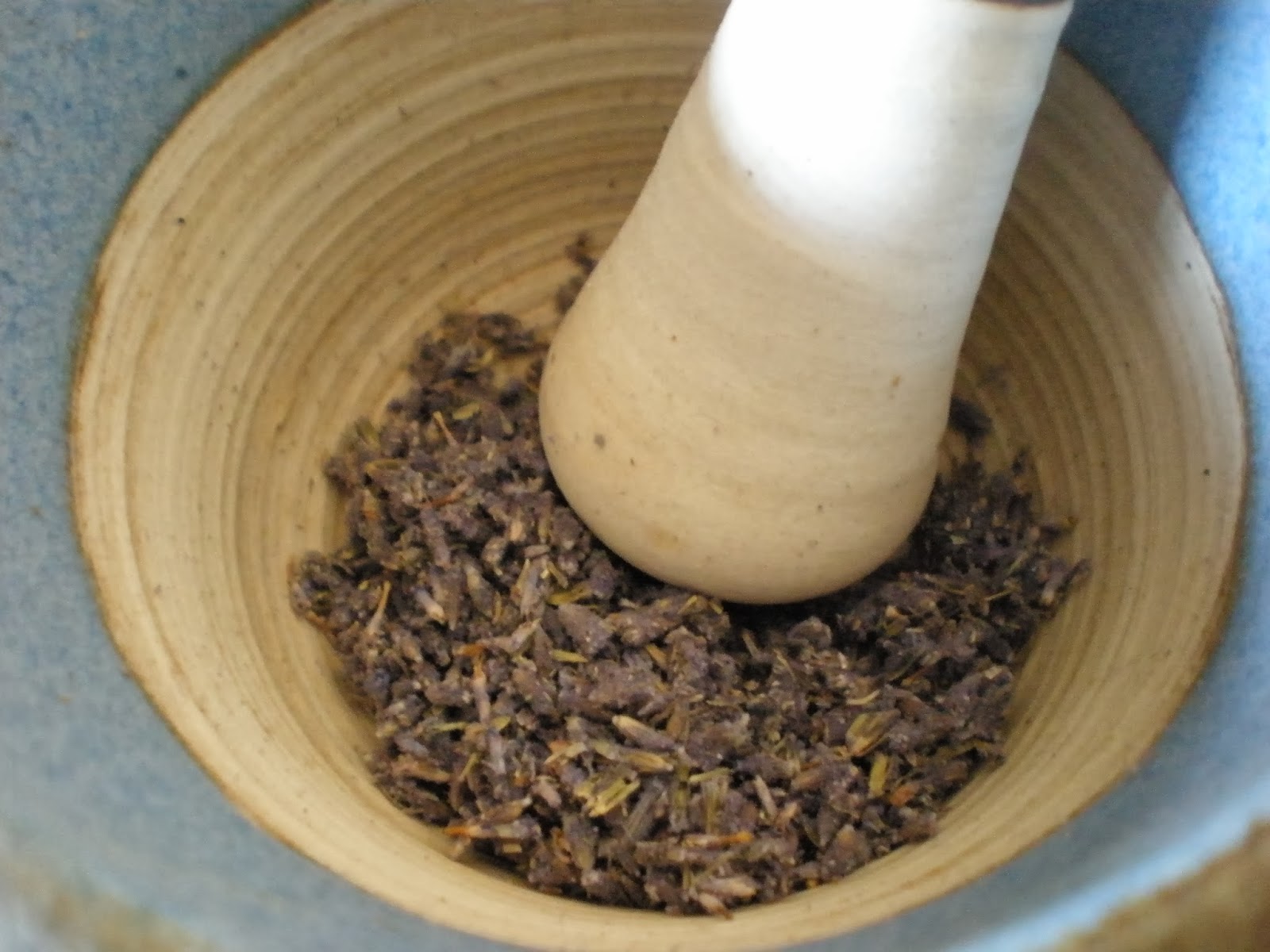 Don't forget to zest BEFORE you juice the lemon :) 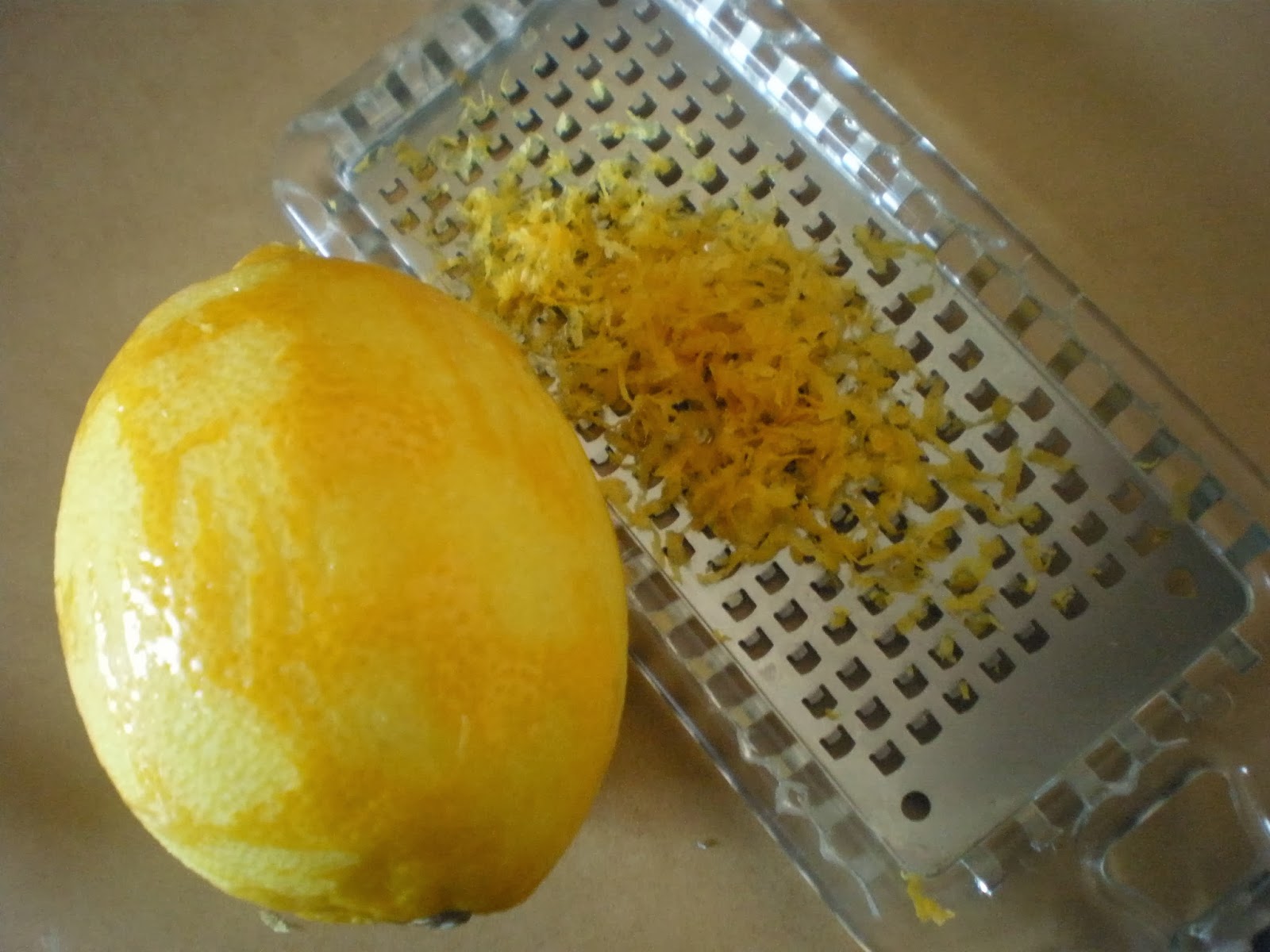 Pop the oil, honey, juice, zest, thyme, and lavender all in together to create the marinade 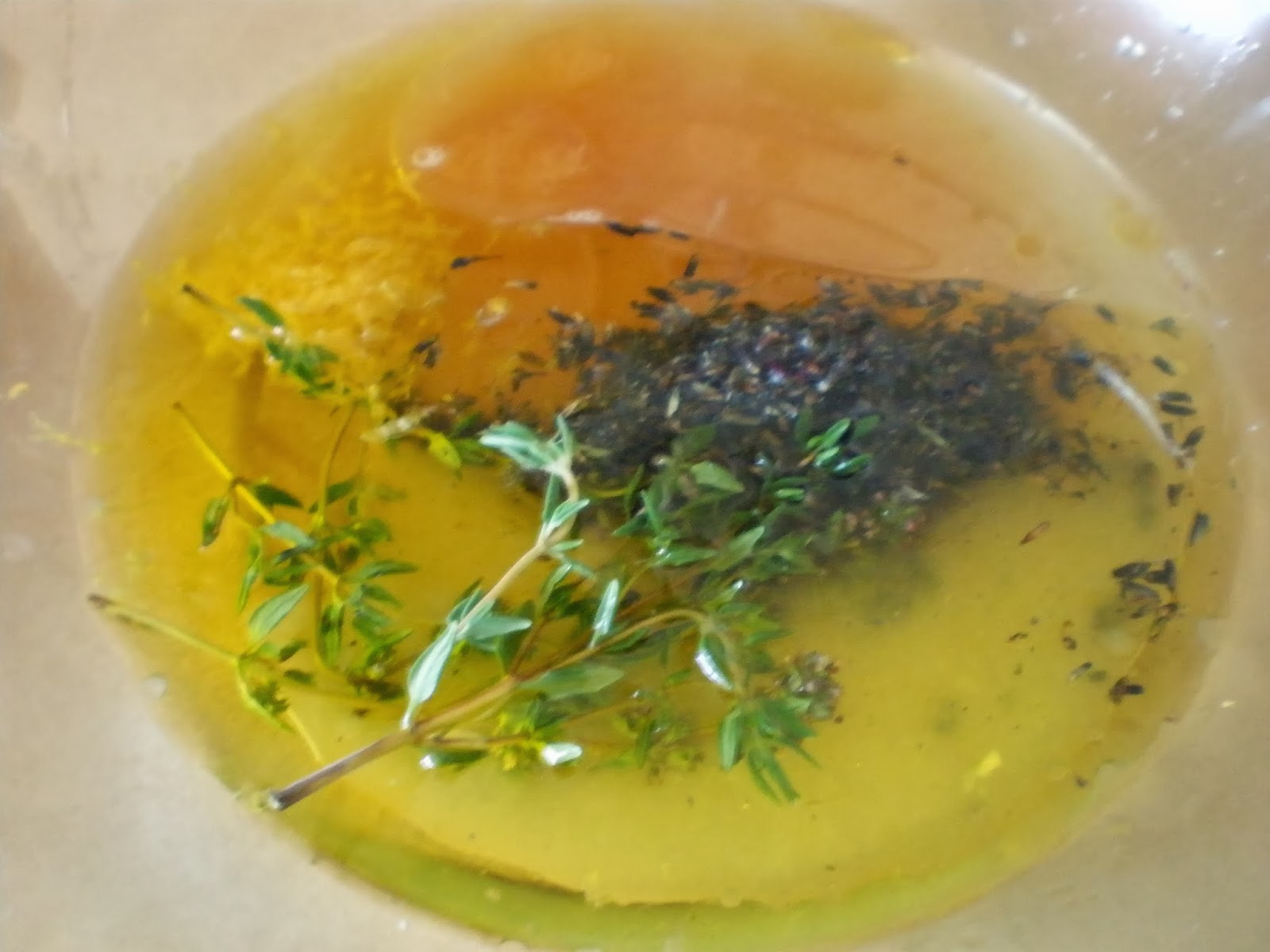 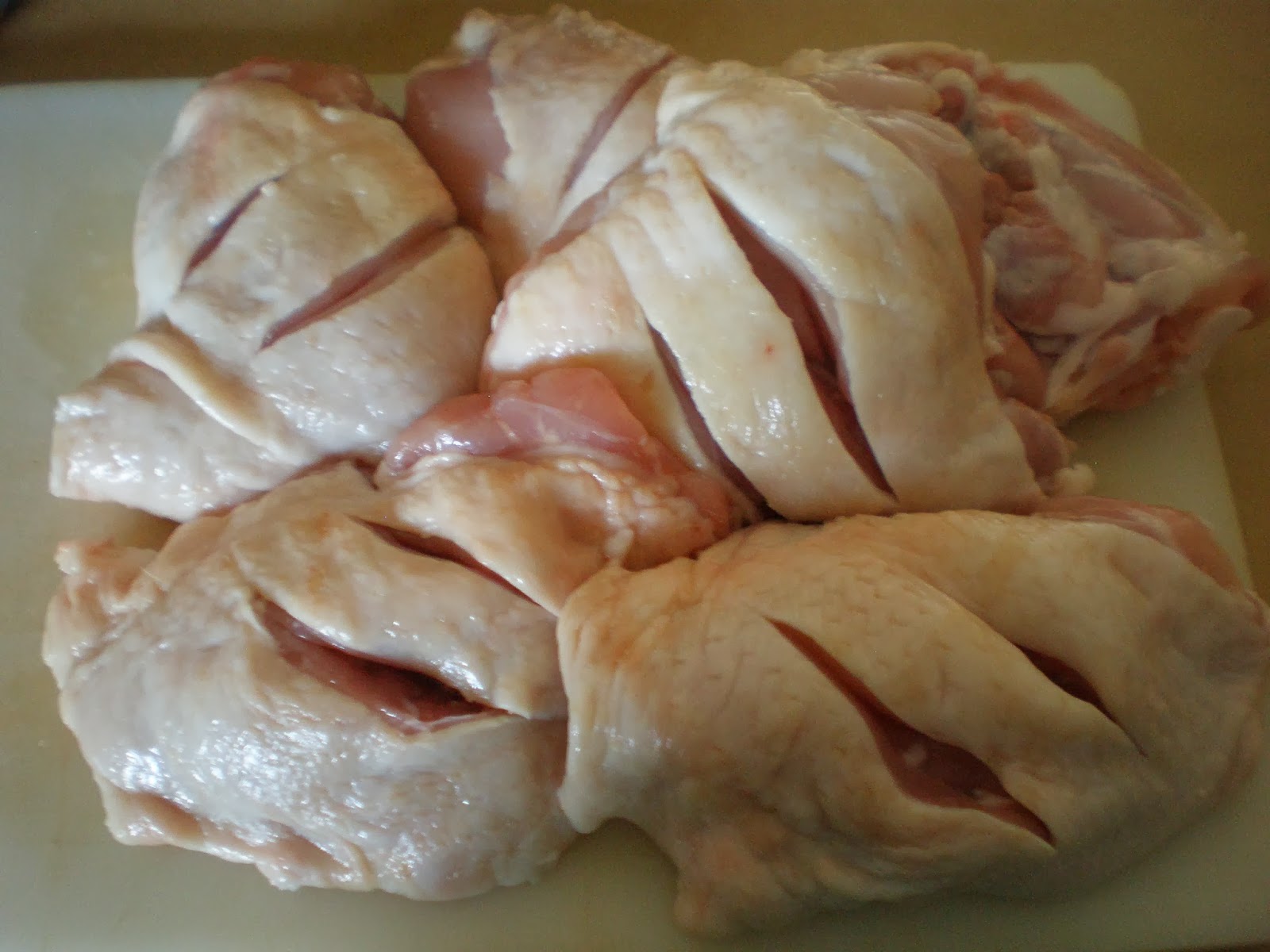 The longer you leave the marinade, the more flavour will infuse 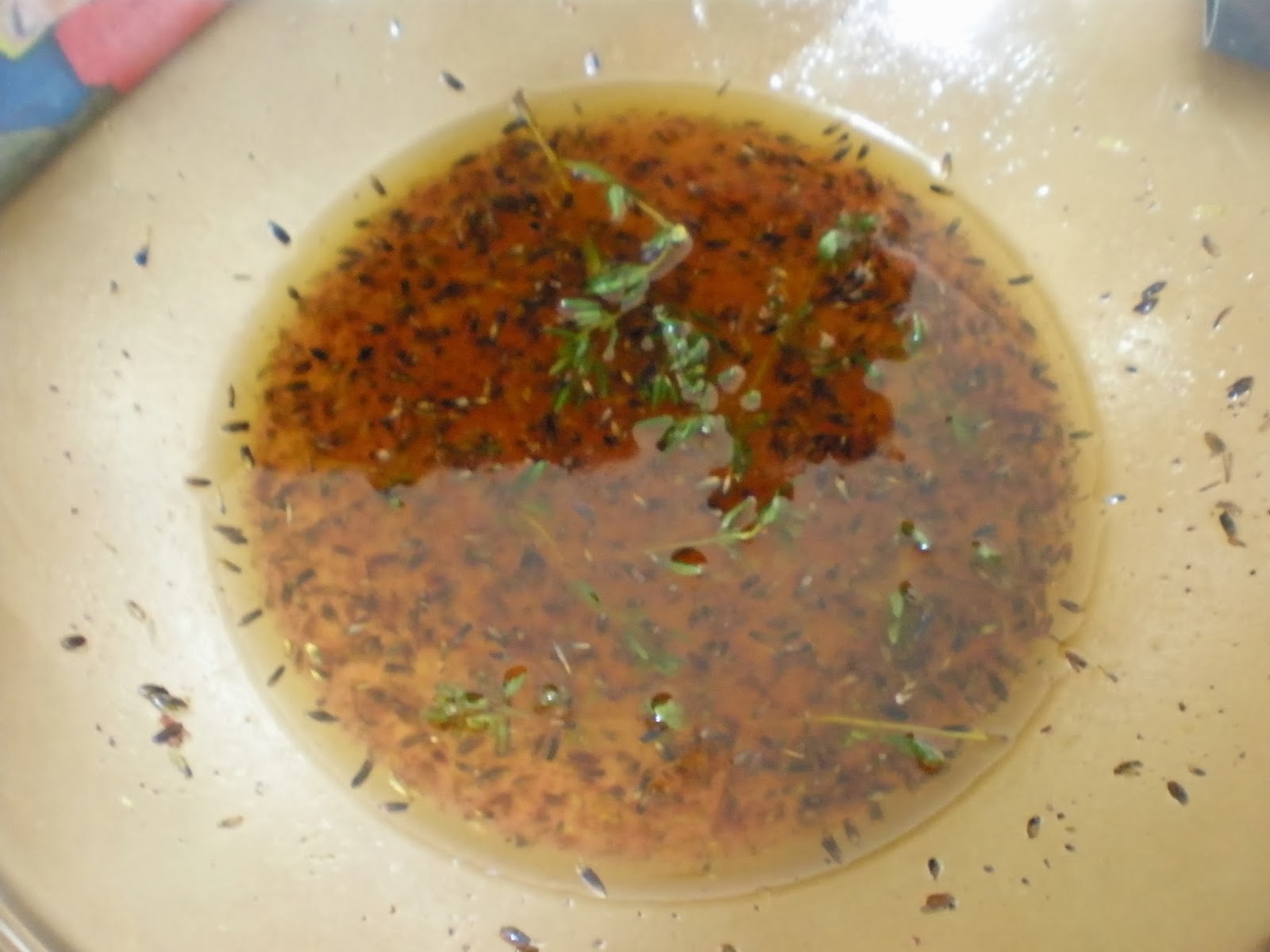 Rub the chicken well with the marinade then leave for at least an hour but overnight would be fine. Turn the pieces around from time to time to coat evenly 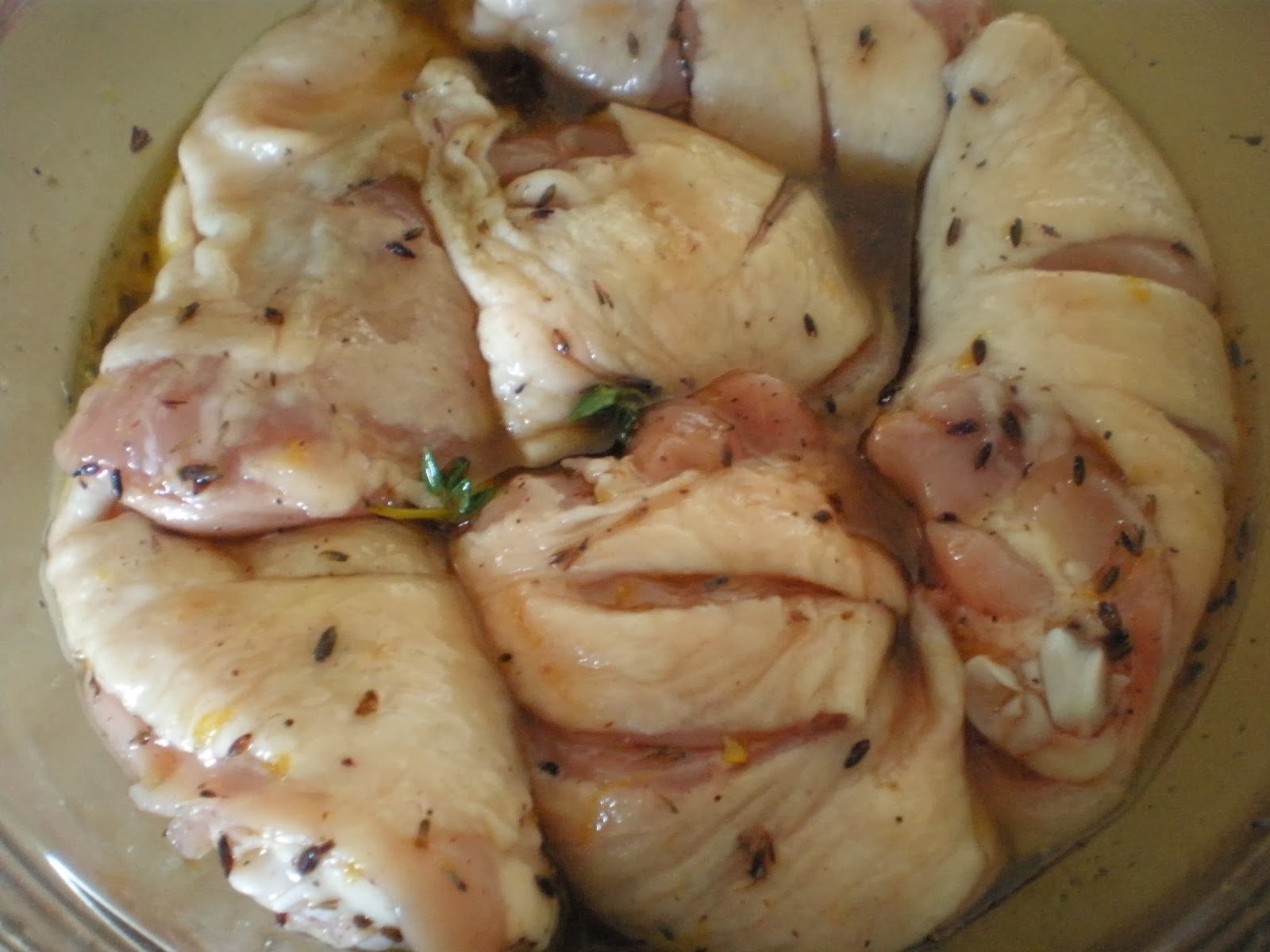 Sprinkle with salt, then pop into a 200*C oven for about 45 minutes, or until the chicken is cooked through. You might need to check it from time to time and even cover it loosely with foil if the honey starts to burn a little. I found that mine was caught just in time, although the photo makes it look a lot darker than it really was! 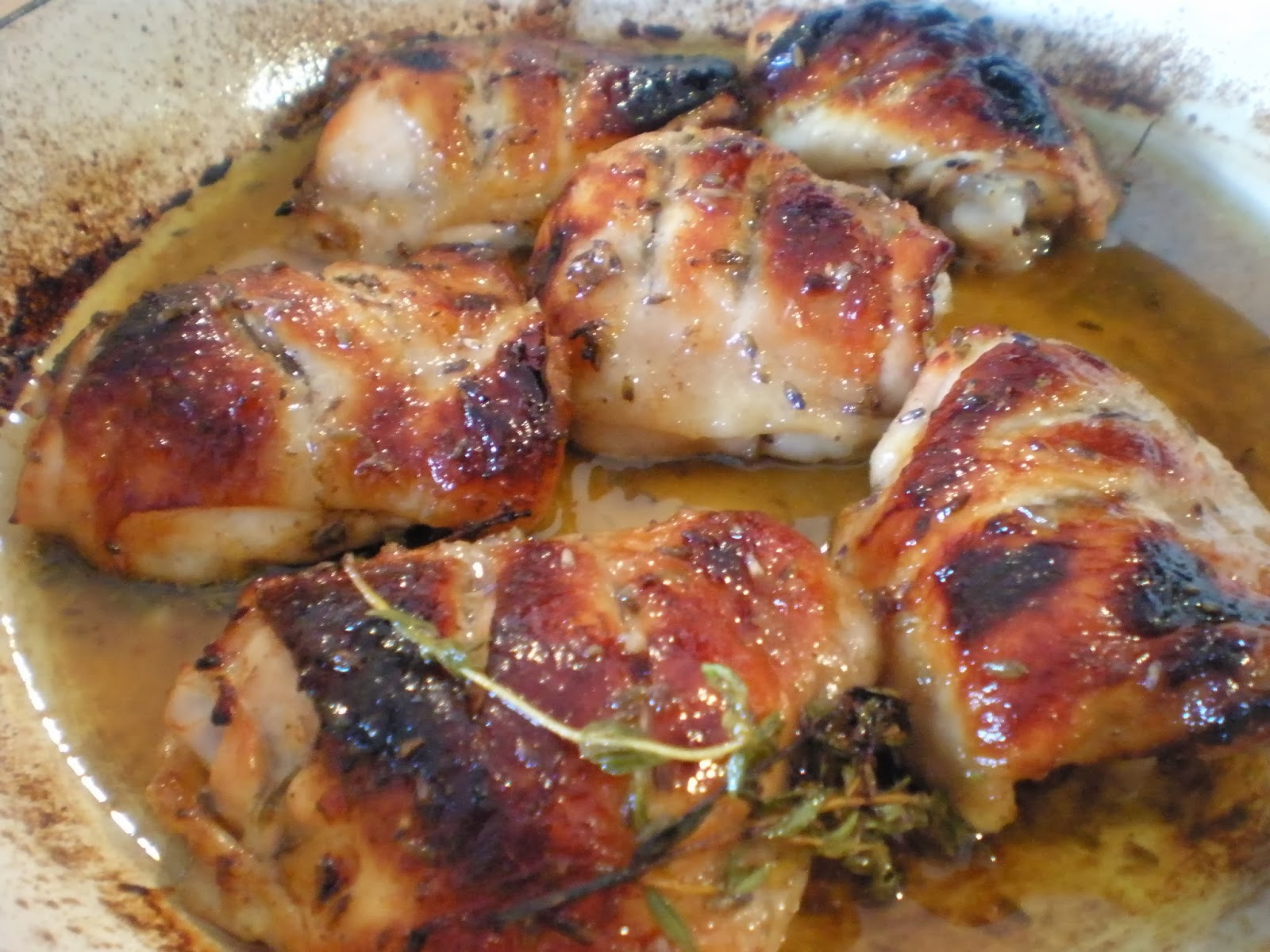 I served my fragrantly flavoursome chicken up with some tiny, steamed new potatoes and some butter beans with fresh zucchini straws. Don't forget a drizzle of the pan juices to finish it off and tie all the flavours together- yummo! 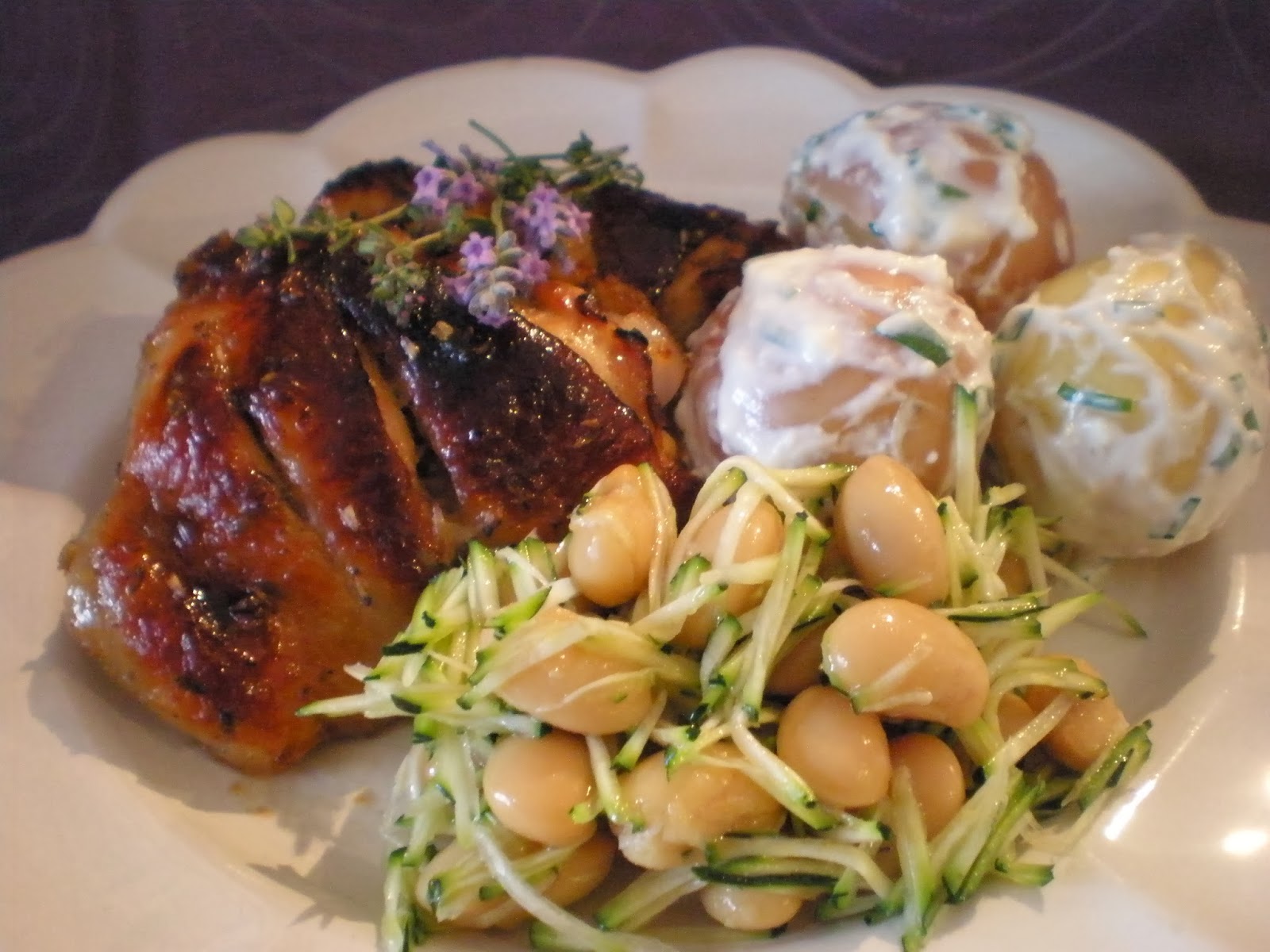 So Dear Readers, what's your favourite flower, and have you eaten lavender in cooking before? 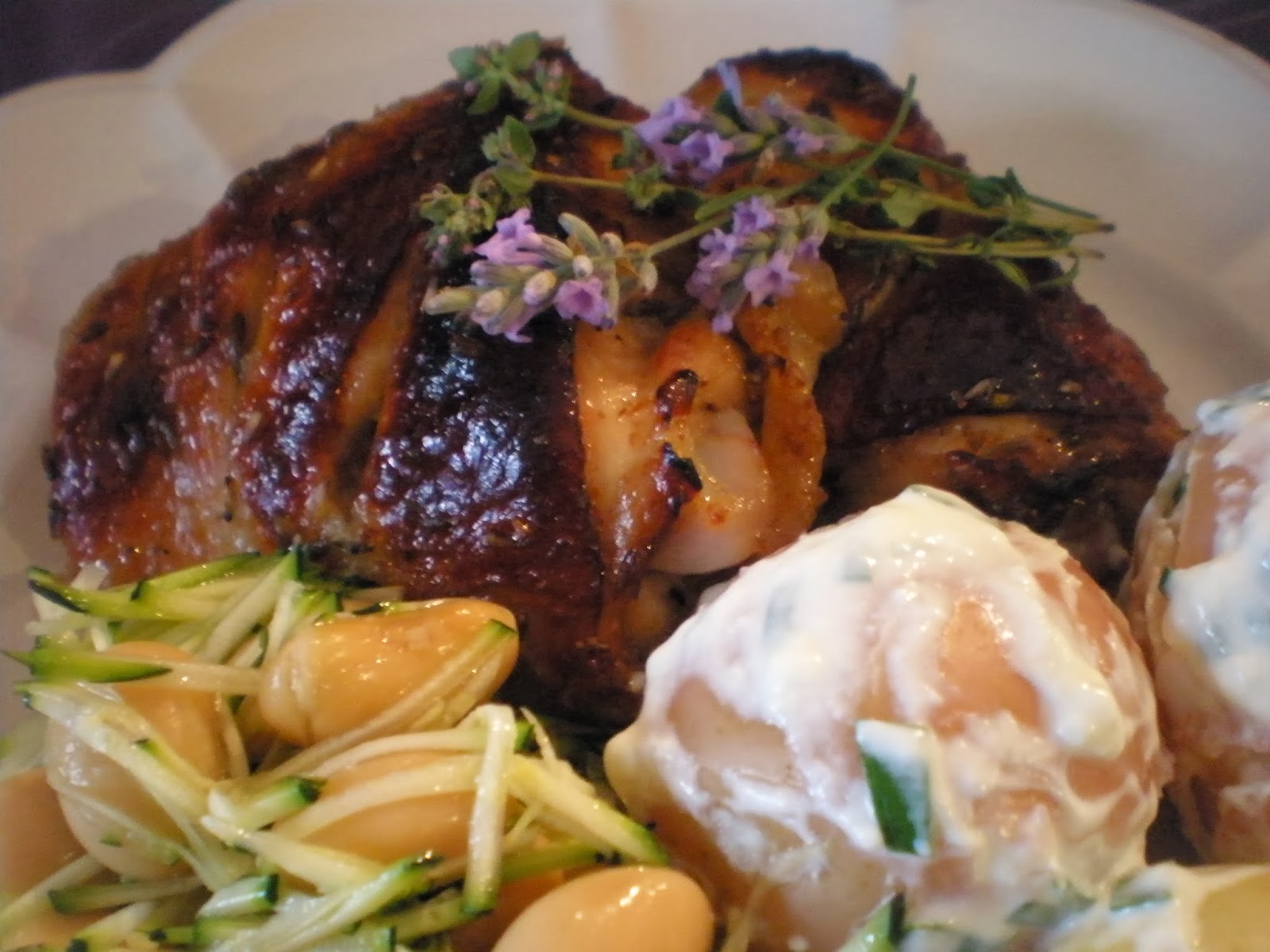