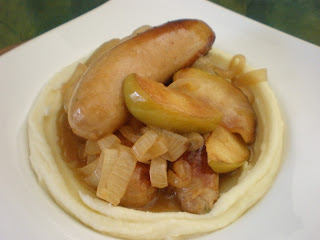 Beer is not something I'm terribly familiar with

A beverage based on barley and wheat is not my go-to drinky-poo, I usually enjoy a nice cold wine and soda on a hot day, or a GnT if I want something a bit more special. I had heard the odd rumour that there was gluten free beer on the market, but to be perfectly honest I just didn't miss what I'd never had.


Now that was all well and good, but then I was gifted a couple of 6 packs of O'Brien Beer- and there was no turning back!          https://rebellionbrewing.com.au/obrien-beer

Founder John O'Brien was diagnosed with Coeliac Disease back in 1998, and wasn't about to let the gluten get him down. He set about creating a wonderful gluten free product that hit the shelves in 2005, and has won the hearts and taste buds of many beer deprived Aussies ever since.
I have been told by a true beer drinking authority that this beer isn't a 'pretend' beer, but a real, honest-to-goodness tasting beer with authentic flavours and medals from the international community to prove it! 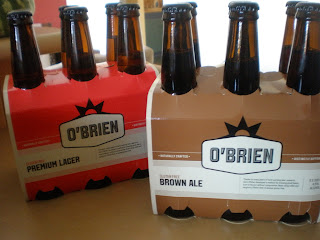 With a pretty sturdy Irish branch in my family tree, I wanted to at least acknowledge St Patrick's Day this weekend.
I didn't want to just stick to the usual Corned Beef and Cabbage, or Irish Stew though, so I tried to come up with something yummy that would still be true to the day.
Enter Rebellion Brewing and their wonderful O'Brien Beer!
Alcohol, pork, a touch of the rebel- now that certainly sounds like an Irish recipe to me :) 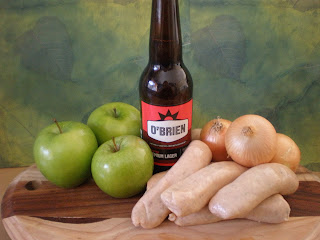 Mashed Potato or such for serving- something nice and creamy that will soak up all the lovely slightly sweet juices. Mashed potato and parsnips together would be lovely too

Core and cut the apples into wedges. Keep the skins on to help them hold together because we don't want them to fall apart and go mushy 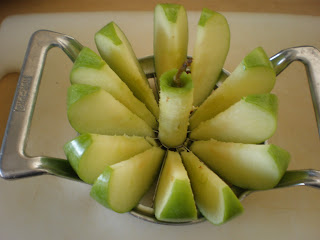 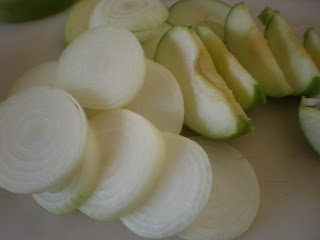 Using about a tablespoon of oil brown the apple slices slightly and wilt down the onion rings. Don't let them really cook though, you just want to get a bit of colour so they look pretty in the finished dish.
Set aside 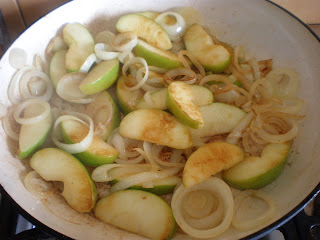 Use another splash or two of oil and brown off the sausages nicely too. Turn them around as you go to colour them evenly. They don't need to cook, they will braise in a minute, you just want a pretty colour again 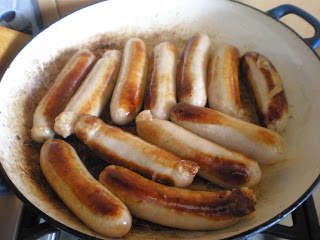 Pour over the bottle of beer, and quickly turn the heat down to very low 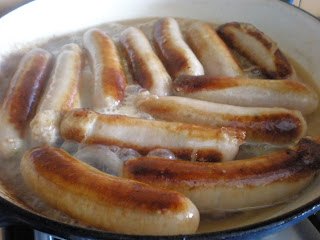 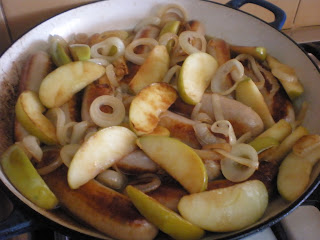 Cover the pot and simmer lightly for about 20 minutes or until the sausages are cooked through. Don't have this on a high or even medium heat or the sausages might split up the side and the apple turn to mush. The dish will still taste yummy, but it just wont be very pretty at all :( 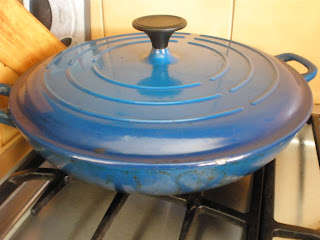 Once the sausages are cooked through, check the sauce for seasoning, and after removing all the bits and pieces simmer it down until it's a bit reduced and thicker. I didn't find this necessary though as the slightly thin sauce still coated everything beautifully and was very nicely flavoured indeed 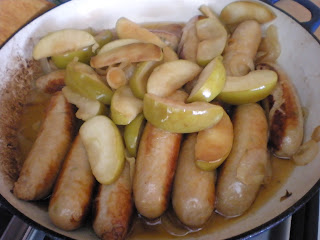 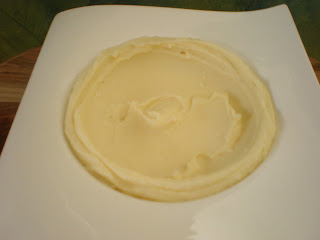 Top with a few of the fat, juicy sausages, plenty of onion and apple, and lots of yummy sauce. So yummy, and perfect for that early Autumn chill that St Patrick's Day seems to bring along each year here in the Southern climes.
Serve with another nice big glass of O'Brien Beer and don't forget to raise your glass to St Patrick! 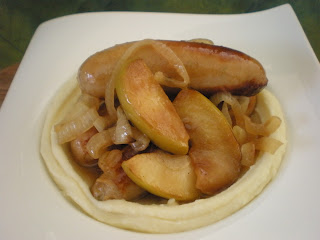 So Dear Readers, are you doing anything for St Patrick's Day, and what is your favourite Irish Recipe?

Disclosure:  Beer gifted to InTolerant Chef by Rebellion Brewery and O'Brien Beer https://rebellionbrewing.com.au/obrien-beer
thanks to Cousin Katey at http://www.thelittlebitbakery.com/
Thanks Guys! 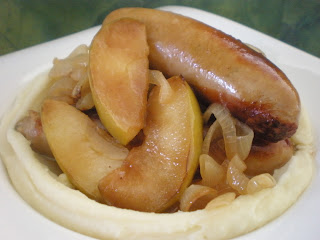