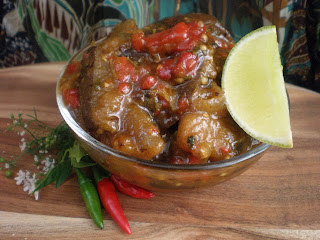 This has been a difficult garden season


With the temperature setting new records- both for actual temperature and for consecutive days of high heat, and very little rain, my veggie patch this year has been a little hit-and-miss.

I miss my peas and beans very much, but I've never experienced such a hit of chilli and eggplant/aubergine before this season either.

I guess it's swings and roundabouts, and trying to think outside the box to find unusual or enticing cookery methods to keep the same old veggies fresh and interesting night after night, after night.


I was flicking through one of my many, many, cookbooks- Spirit House's Hot Plate,  looking for an Asian inspired marinade for a BBQ, when I saw a very simple relish that sounded perfect for my plethora of eggplants and that I thought I could modify just that little bit to capitalise on my chilli too.
I changed it up a bit with my chilli hit, and to make the process a bit simpler, but it's amazing how much yumm was created from just a few ingredients and how very versatile this relish is 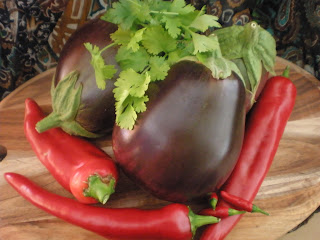 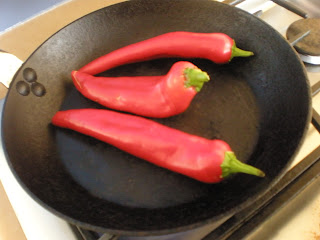 Cook them, turning occasionally, until the skin is black and blistered and the flesh is nice and soft 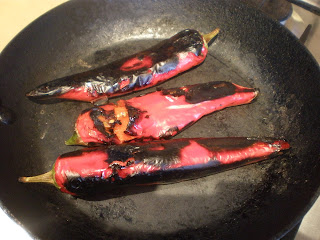 Pop them in a covered bowl to steam for a few minutes and cool down just a touch.
The skin should peel off quite easily now, if it's a bit stubborn in spots, use the back of a knife to scrape it gently.Open out the chilli and also scrape out all the hard little seeds. Chop into smallish pieces- size dependant on heat hit- the hotter the chilli, the smaller you chop it! 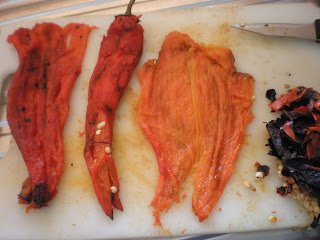 Although we do make all our curry pastes from scratch for actual curries, I like to have a bottle of paste or two in the fridge for adding just a quick hit to a stirfy or soup base if needed. I know, I know, I just need to be more organised and have mine ready to go in the freezer, but I was all out today 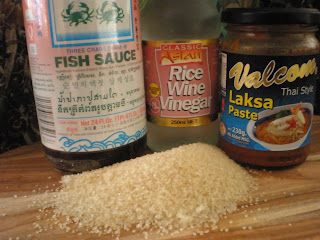 Chop the eggplant into nice cubes- not too small, but ones that you can easily eat in a mouthful 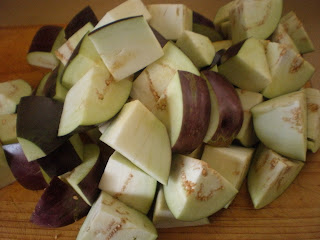 Very finely chop the hot chiilli- make sure to either wear a glove or wash your hands very thoroughly afterwards! 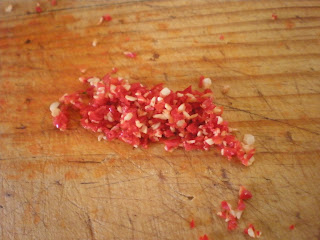 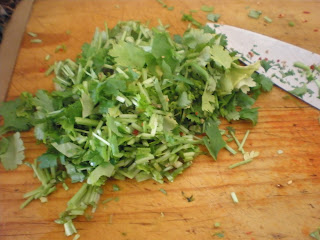 Heat your pan and oil on a nice high heat, then toss in the eggplant pieces 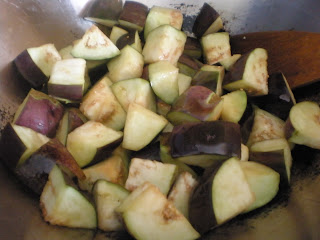 Stir them often until they are a lovely golden brown- I promise mine were, even if they don't look so pretty, but I took 5 photos and not one looks brown to me, just grey and gluggy! 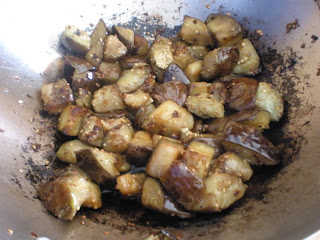 Add in all other ingredients except the coriander, then cook it down on medium heat until the mix turns nice and syrupy sticky 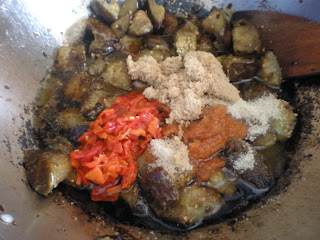 Nearly there, but don't forget to stir from time to time so the mix doesn't catch on the bottom 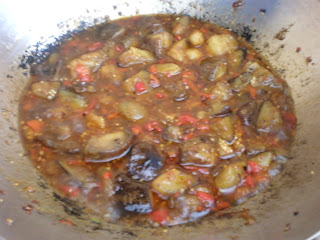 Once the relish has reduced to a nice syrupy glaze, turn off the heat and stir in the coriander pieces. If you put it in earlier the coriander will loose the vibrant green colour that looks so pretty in the finished product 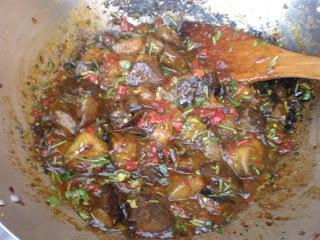 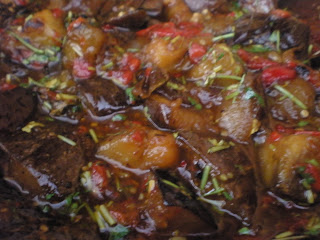 I have made pot after pot of this delish relish, and I have officially declared it my Favourite Dish Of The Summer. I've eaten it with BBQ chicken, with steak, with fish cakes, and even used it as a stirfry sauce for thick Pad Thai rice noodles- and it just doesn't get old. A squeeze of lime over the top and you have a whole new taste again with a fresh zingyness that lifts it to a whole other lever of yumm.
Instead of feeling overwhelmed with veggies, I hope my garden keeps growing eggplants for months and months to come!

So Dear Readers, are you a fan of relish, and do you ever relish a nice hit or two of chilli heat? 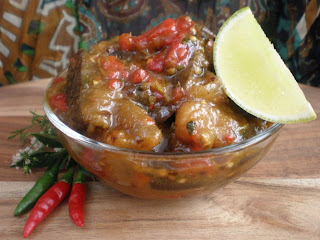