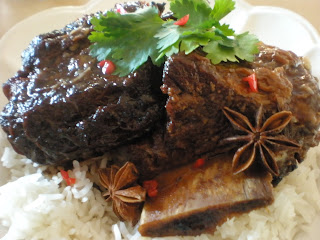 I've always been just a little afraid of pressure cookers


My mum had one that used to sit on the stove spitting and hissing like a malevolent being with a mind of it's own, requiring great care and attention to avoid it exploding and covering the kitchen ceiling with mince stew or such, then perking and bubbling away under cold water until finally persuaded to part with our dinner.
I felt that our meal had somehow been pre-digested by this piece of scary machinery. It came out of it's belly pale, watery and oddly requiring very little chewing for such big chunks of meat....just not natural at all......

I have some friends who swear by slow cookers. All winter, meals simmer away in their bowls while life goes on around them. As long as you're ready with all the bits and pieces in the morning you can forget about dinner and do as you please.
I use mine now and then, but I do remember one tragic episode where I was teaching MiddleC how to work it and after having it on High for a couple of hours she accidentally turned the dial to Off instead of Low and I came home at the end of a long day at work to a fermented poisonous mess instead of a lovely dinner :(

My preferred method of cooking is to slow bake in the oven. Meat turns soft, juices and sauces cook down until sticky and caramelised, and the whole house smells delicious. I like to check it now and then, turning the meat to coat it or to top up the sauce. I guess I feel in control and like I'm an active participant instead of just an observer.

The reason behind all this introspection is yet another kitchen purchase- A Multi Cooker. It rolls a pressure cooker, slow cooker, rice cooker, soup cooker, and electric pot all into one. It even has a sear mode to brown up the meat before cooking, a bit of everything!
My excuse this time is that my rice cooker needs replacing.
I know I could pick up a cheapy, but I've also been wanting to get a new slow cooker as my original 70's CrockPot doesn't have a real lid and so takes even longer to cook than it's supposed to. A pressure cooker has also been on my radar for a while, I even took a class to get over my fears, and it just seemed like a good idea to kill all those birds with one stone and buy the Big Guy.

But which is the best method for cooking overall? I decided the only way to choose would be with a Grand Cook Off, the same meal cooked three different ways- Perfect Solution. The proof, as they say, will be in the pudding! 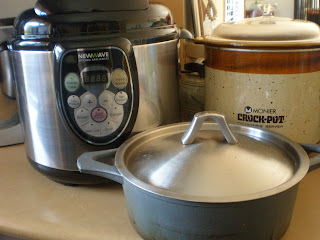 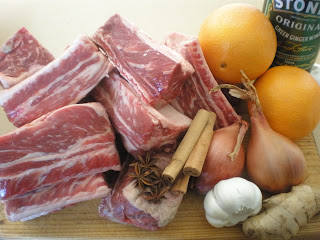 First of all, sear the meat. You want a nice golden colour on all surfaces to get some fabulous flavours going 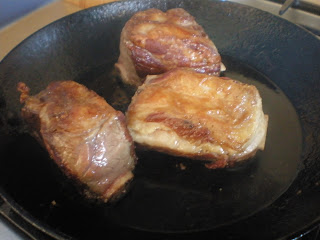 Measure out all your wet items, rind, sugar, spices, onion and garlic. Chuck them all into the chosen vessel with the now browned meat and swizzle it all around a bit to nicely distribute the flavours
** Don't forget to add extra water if Oven Baking or Slow Cooking** 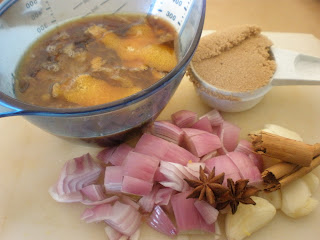 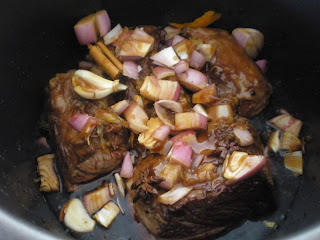 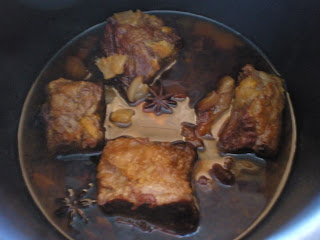 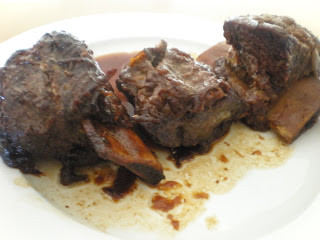 All three meals were so close in flavours and in texture that I was really surprised indeed.

With the Oven Baked Dish the meat was nice and tender, the fat rendered out well and the sauce was deliciously caramelised and sticking beautifully to the meat. The onion had practically melted away and it was the sweetest tasting as the water had evaporated a fair bit. It did require checking a couple of times during the process- luckily, because I had accidentally turned the oven to 180* for the first hour- and I turned the meat each time to make sure the side out of the sauce didn't dry out.

My childhood experience with Pressure Cooked meals was that the flavours all ran together into one, but of all the dishes this one had the 'cleanest' tasting sauce with every element coming through. It was rather thin though and next time I'd pull the meat out and let then let the sauce simmer and condense. The meat had broken down well and the texture was also the nicest- but only by a touch- it was a very close call between them all.

The CrockPot/Slow Cooker ,to my taste, certainly does seem to blend flavours. That's not necessarily a bad thing, but the flavours don't seem as sharp as the ones from the Pressure Cooker or as well rounded as the Oven Cooked one either. It also creates a thin sauce that needs to be thickened or boiled down for a while to coat the meat well.

So the Official Verdict?

The Pressure Cooker and the Oven Baked were just to close to call!

The sticky sweetness from the Oven was so lovely, but the meat from the Pressure Cooker was just that bit better.

I guess it will just come down to convenience in the end.
If I'm pushed for time, the Pressure Cooker is the way to go. Just as the name might suggest, it performs great when you're under pressure to perform.
If I have the time to spend though, I just don't know if I can go past my favourite method of Oven Baking. It might sound silly, but apart from the lovely flavours, I really enjoy pottering around the kitchen, checking on my dishes from time to time, creating something wonderful for my family. This hands-on method just appeals to me, and may sway me personally just a little :)

I'm glad I bought my new appliance, I think it combines the best of both worlds, with a few extra features to boot. I'm looking forward to making many, many, many more yummy meals to come!

So Dear Readers, what's your preferred method of cooking: Oven Baked, Pressure Cooker or Slow Cooker- and why? 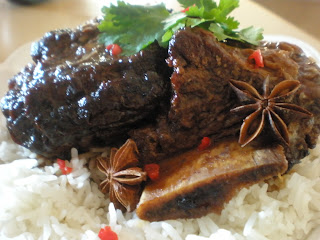